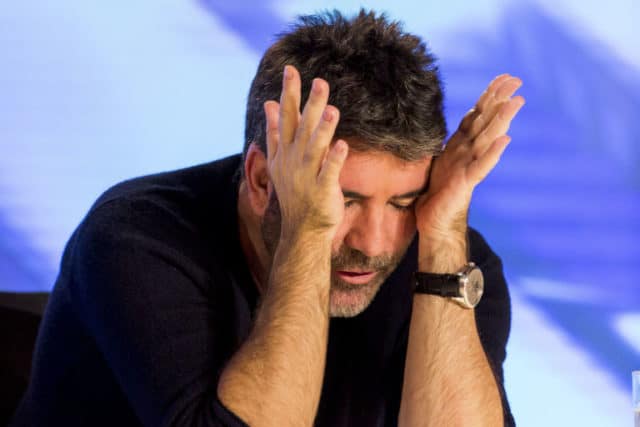 There are a lucky few people out there in show business who get to make millions upon millions of dollars simply for being mean.Â  The most shining example of this is when Simon Cowell entered the scene on American Idol.Â  Half the reason people tuned into the show was to see him rip apart contestants with his scathing remarks.Â  Cowell used this shtick for years drawing in record ratings and raking in millions in the process.Â  Cowell’s become super wealthy being a talent judge on television and he’s one of the select few who pulls it off while still being liked by everyone.

But here’s the thing.Â  He’s not so mean anymore.Â Â  And when did this all stop?Â  It’s obvious.Â  Three years ago.Â  That was the year Simon became a father.Â  I don’t blame the guy.Â  Being a father is a very humbling and rewarding thing and I’m sure it’s given Cowell a humongous sense of gratitude.Â Â  I mean the guy should be grateful, he’s worth $500 million.Â  While I don’t blame Cowell for having a nicer attitude and demeanor these days, let’s not forget what got him here.

It would be nice if for one episode of America’s got Talent he just went old school and fired off on all the contestants.Â Â  Kind of like in this compilation video: