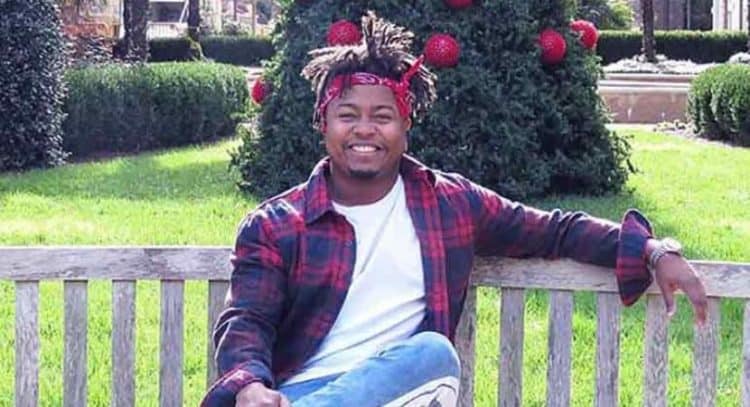 If you are a fan of Floribama Shore, then the chances are good that you are well aware of who Kirk Medas is. He is one of the mainstays on the reality television show that is a spin off of MTV’s Jersey Shore Show. While Jersey Shore is still alive it’s a veteran on MTV,Â  whereas Floribama Shore seems to just be getting started. This is a fresh version of the same concept, but with new characters that really enhances the excitement that viewers feel when they turn in each week. Tuning into the show will bring you into close contact with Kirk Medas.Â  Here are ten things that you might not have known about him:

1. He is originally from Atlanta, Georgia

Kirk Medas is no stranger to big cities. Being from Atlanta, Georgia he grew up in a competitive environment that had him fighting to get to where he is today. He credits his upbringing for making him much of who he is today. As you will note from some of the items on this list, it was not always easy. He had his fair share of negative experiences, but he has found a way to turn them mostly into positives. At the end of the day, that is all any of us can really count on.

At 27 years of age, Kirk is almost viewed as the big brother on the show. He has had a lot of experiences in life in those 27 years, so that has certainly served him well on the show. It is important to note that Kirk Medas is mature beyond his years, but that does not mean he does not like to have fun. In fact, he is the fun and easy going one on the show. This is probably why so many viewers have gravitated to him over the years.

3. He includes the cast of Floribama as being a part of his family

As mentioned, Kirk grew up in a large family. For many people, that does not always equal positive vibes. However, it certainly does in the case of Kirk. He is definitely a family oriented individual. When you are a part of his family, you get his full devotion and attention. This includes the cast of Floribama. He has poured his entire soul into this show, and it has paid off in terms of how popular he has become.

4. He is the social media manager of Shouty LLC.

Kirk is really into social media which has earned him a managerial position for a company that live streams entertainment material. He loves what he does and is evidently quite good at it. His role is to increase interaction between the content and the viewer.

5. He loves being with his friends

In addition to his family, Kirk expresses that his friends mean the world to him. He is quite the extrovert. As opposed to being alone, he would much rather be doing something with friends at any time of the day or night.

6. Kirk is quite the party animal

Speaking of friends, Kirk loves to party with them. It does not matter if he is just relaxing at home. If someone hits him up with an invitation to a party, he will likely be over there before you know it. One has to wonder where he gets all of his energy from, but all indications are that he can function at a high level, even with little to no sleep.

When he was younger, Kirk loved to play baseball. That is still his favorite sport. While he does not have occasion to play it much any more, he is an avid fan is often seen at games taking place in the area.

Basketball is another sport that Kirk Medas loves. This is something he can still play. He enjoys getting together with some friends for a pickup game every now and then. It is great to note that he still has an emphasis on having fun.

9. Kirk is often seen hanging out with his sister

Kirk loves spending time with his sister. He is her role model, and she his. They really enjoy each other’s company and are often seen around town at various sporting events and at a number of social events.

10. He has a criminal record

It should be noted that Kirk Medas has a criminal record. It is not something he is proud of, but he does not shy away from it either. It was back in 2010 when he was arrested for battery and a charge of underage drinking. While he would not serve prison time, it was nonetheless an eye opening experience.

What other items can you add to the list? Perhaps you knew some of these things about him but you learned some of the finer details. Whatever the case might be, you might now have an added incentive to tune into the next episode of Floribama Shore to see what he is up to.