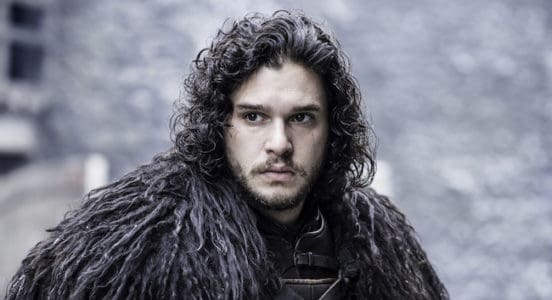 There was a time apparently when Kit Harington and Joel Kinnaman would have played the roles of King Arthur and Sir Lancelot, in fact David Dobkin even had the roles set and the actors he wanted in the wings, but things unfortunately took a turn that he didn’t expect. In Hollywood stuff just happens it sounds like, one person agrees that something can happen and another doesn’t, and things tend to fall apart not too long after. In retrospect it’s not as though the legend of King Arthur and the Knights of the Round Table hasn’t been told numerous times throughout the years, but Dobkin was thinking that Harington would bring to the main role an everyman aspect, much as would bring to the role of Jon Snow later on, though to be fair this isn’t even really that unique. If anyone remembers Disney’s animated movie The Sword in the Stone, young Arthur isn’t at all certain of himself and the end of the movie that hasn’t changed. Some might say that comparing an animated movie to a live action version isn’t a great comparison, but the fact remains that an uncertain leader that’s still strong of heart and mind is still one of the best to have, not because of their inexperience and uncertainty, but largely because they have that level of heart and the willingness to do the right thing for the people. That’s the kind of King Arthur that Dobkin was hoping Harrington would be, and it likely would have gone off without a hitch had it worked.

After all, his portrayal as Jon Snow made it clear that his character wasn’t entirely beyond reproach, but he was honest to the point that it often became his detriment. This is what Dobkin was hoping for, a king that a lot of people would see as weak enough to aim for, but also one strong enough of character that would stand up to injustice and learn from his knights along the way, not to mention his magician, Merlin, who would have been played by Gary Oldman apparently. This project was pretty close to happening it sounds like, but the green light was never a universal thing so it was dismantled when Dobkin was told he would need to recast. Instead Dobkin went to work on The Judge with Robert Downey Jr., and the idea of King Arthur went to Guy Ritchie, which turned out to be kind of an odd idea since the movie starring Charlie Hunnam and Jude Law wasn’t the worst representation that’s ever been put on the big screen, but it certainly could have used a little help. Had Harington been the main actor it does feel as though things might have been a bit different if only because the two actors have very different styles. Hunnam is still what some might consider an everyman, but he has what feels like a very physical style of acting and broods a bit more in his roles than Harington, believe it or not. It was almost as though Ritchie was looking for the same type of actor as Harington in a way and settled on Hunnam.

The movie that came out was a bit awkward really and felt a though it could have used a bit more to it in order to really make it stand apart from everything else, but had Harington and a few others been allowed to stay on it’s easy to think that it might not have lasted long enough to make a trilogy since as it’s been seen, Harington excelled on Game of Thrones, but he tends to carry that same act over to other movies as well, as can be seen in Pompeii, Brimstone, and even Silent Hill: Revelation. Let’s be fair here and say that he’s a good actor and can turn in a stunning performance, but realistically Kit really needs to learn how to pattern himself after different types of characters since the whole idea of being someone that’s just too noble for his own good tends to be his default mode, and while it works for a lot of things it doesn’t give him as great of a range as he could have. For the King Arthur trilogy that he almost got to star in it could have been great, but he would have still had to evolve since even King Arthur in the legends went from being an upright and noble king to someone that made mistakes, someone that erred, and a character that had to learn through experience and failure a time or two. Once Kit can do all that, once he can embody a person that doesn’t act knightly at all times, then he’d be a truly skilled actor that could do just about anything.