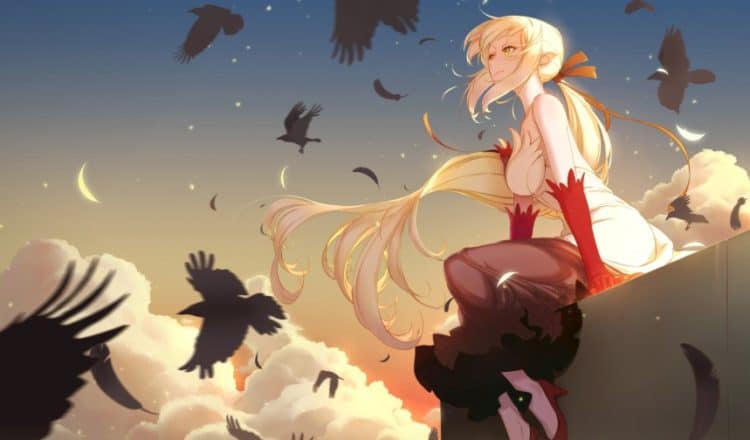 The world of anime has definitely evolved from its inception several decades ago into what we know and see now. This particular form of animation has its own descriptive vernacular. Storylines often intertwine with others that are seemingly unassociated. While each manga that is converted into anime is unique in its own way, you are often able to see subtle intersections that force you to pay even closer attention to the series that you are watching. In most situations, anime presentations and productions should be labeled as mature content, and for good reason. When it comes to Kizumonogatari, much of the normal rules apply, but as with any anime series, the things is to be aware of the subtleties that most people tend to overlook. Here are 10 things that you probably are unaware of that should help you get caught up.

1. It is Based on the Novel Kizumonogatari

When it comes to anime, the television animation is almost always an adaption to a written catalog or book. In this case, the story is based on a light novel by the same name, which serves as a prequel to Bakemonogatari, which as a part of its own series. This is how anime is normally spawned – branching off to create a new franchise that is birthed from another. The way that the stories build out is nothing short of Amazing.

In most anime productions, the writers and directors take the series-episode route. The series is more like television shows – having seasons that start and end on schedule. In the case of Kizumonogatari, the producers decided to take the small fill route. So this turns out to be a series of films that expand the idea of a particular story. The first film installment is Tekketsu and the last film was Reiketsu. It is not clear how many more films they will make, but if the producers stay true to form, they will complete the story.

In order to gain a deeper look into these anime presentations, you have to be willing to conduct an ample amount of research, especially when it comes to titles and names. The title of this series translates into “Wound Story.” The story chronicles the odyssey of Koyomi Araragi, who happens to be a high school student who befriends an honor student named Tsubasa Hanekawa. The wound represents the result of Blond Vampire that is fed on the local population.

As I often say when outlining facts and these associated with anime, there is always a dark side. Part of the allure of anime is that it explores the darkness of humans and the manner in which we engage others. The Blond vampire represents the possibilities and risks of being exposed to the dark side. The grip of the darkness is the wound it creates.

5. Everything Is Not Always What It Seems

In the first installment in this series, Koyomi encounters the rumored vampire, who convinces him to save her by giving her his blood, but the good deed comes with a heavy price. Koyomi ends up becoming a lifetime subordinate to the vampire that he saved. The moral here is clear, be careful who you trust because the consequences could be devastating.

One thing that normally comes with being a vampire is some form of one or more superpowers. Normally, vampires have superhuman strength and another power they possess is the ability to perform rapid regeneration. In the second installment, Koyomi finds that he has the power to regenerate almost immediately, after having both arms ripped off.

7. Mist Does Not Respond Well To Sand

In the second installment, Koyomi’s friend, Tsubasa is disemboweled by the half-breed vampire, Episode. Man, Episode is a cool name. Anyway, before Tsubasa dies, she reveals something extremely powerful to Koyomi. She tells him the way to defeat Episode is to wait until he transforms into mist and then throw sand into the mist. As it turns out, mist does not respond well to sand.

8. The Depth of Darkness

In the midst of putting in work to help Kiss-Shot, the blond vampire, become restored, Koyomi loses sight of some significant realities about being a vampire. Once Kiss-Shot is healed, she immediately looks to hunt and feed on humans. What is worst is that Koyomi realizes that if his humanity is not restored he will do the same thing.

The producers were not sure how the film adaptation would be accepted, but upon the release of the first installment, the film received a grade of an A-, which is not bad at all. The trilogy has proven to not only entertaining for a certain group but is become somewhat of a cult classic. The initial film was so well received that critics pondered the idea that it might be the first part of a masterpiece.

10. Runner Up for Best Picture at the 2016 Newtype Anime Awards

The Newtype Anime Awards is highly respected in the world of anime productions. The initial film in the trilogy was good enough to earn runner-up in the Best Picture category. The storyline and writing for this anime film series are rich and deep. It allows viewers to explore multiple possibilities associated with the reality being played out over the series. This is so much more than animation.