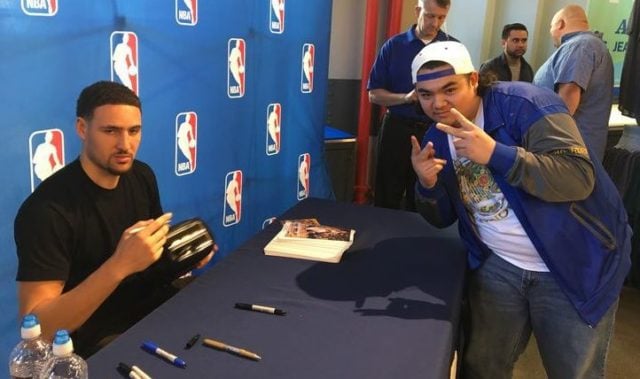 Part of an NBA player’s job description is to do bouts of community service, appear in local commercials, attend signing sessions, and a whole bunch more things that we as fans don’t really see.Â  They essentially have an entire “job” outside of just shooting buckets on the court.Â  Klay Thompson recently partook in a signing session and got a request that he and probably the majority of athletes have never gotten before.Â  Some weirdo fan asked Klay to sign his toaster.Â Â  And as you can imagine, Klay’s reaction was pretty much exactly as you might expect. 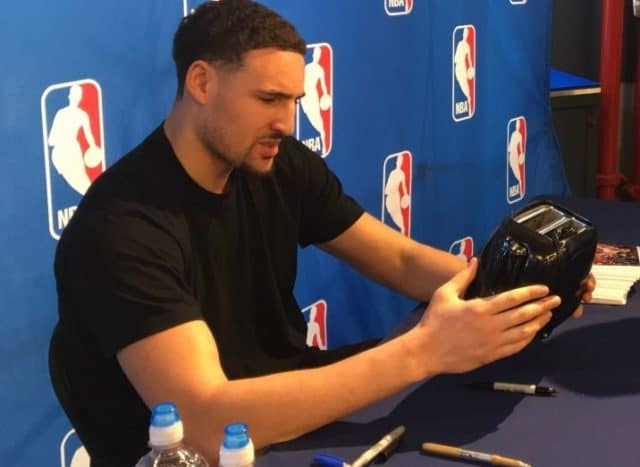 Klay himself couldn’t really believe that his eyes were on a toaster.Â  And it’s not like this was some kind of special Golden State Warriors toaster (though it did have a sticker of the Warriors logo on it).Â  This was just some dude’s toaster.Â Â  P.S. does anyone else think that Klay Thompson gives off this really boring and dumb expression all the time?Â  Maybe it’s just his demeanor on the court?Â  The guy is monotone all the time and doesn’t strike me at the type to ever have any fun.Â  I’m a fan of his game but as far as personality goes, it’s a dud.Â Â  Anyway, at least Thompson had a reaction to the toaster signing. 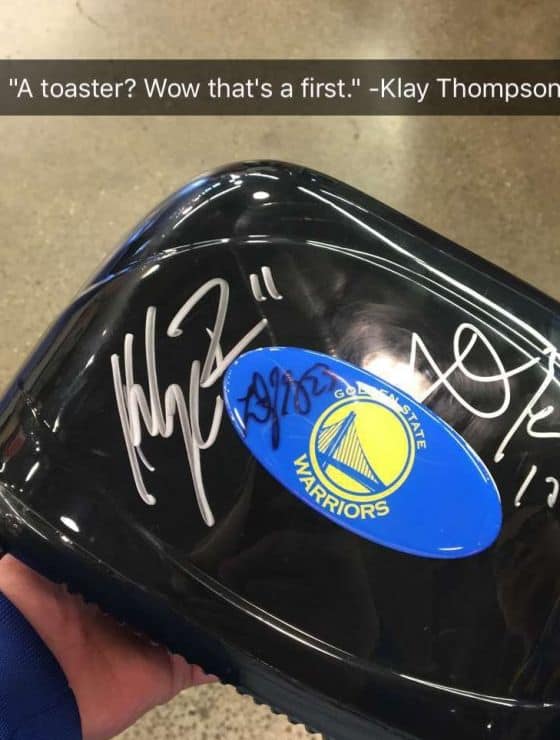