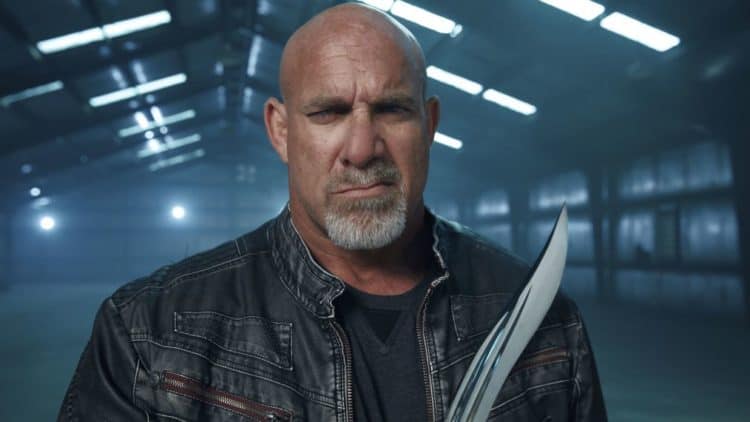 Knife or DeathÂ  is a competition show that can be found on History. For those who are curious, each episode features eight participants who compete in two rounds using bladed weapons that they have either made themselves or had made based on their specifications. The show started up in April of 2018 before proving to be popular enough to warrant a second season. Here are 10 things that you may or may not have known about Knife or Death:

In total, Knife or Death has two hosts. One of the two hosts is Bill Goldberg, who should be known to a lot of interested individuals for being a former NFL player turned professional wrestler. In fact, it should be mentioned that Goldberg is signed to the WWE at the moment, though he tends to be best-known because of his time with the WCW.

The other host is Tu Lam, who used to be a soldier in the U.S. Army Special Forces. Nowadays, Lam is no longer in the U.S. military, but he remains a martial artist with plenty of knowledge about bladed weapons. As a result, he is a much-needed source of expertise and experience for the show.

4. Safety Issues Are a Cause for Disqualification

Unsurprisingly, safety is a serious concern for the show. As a result, safety issues can result in the immediate disqualification of the participants. In fact, each participant has to have their weapon checked out by the show’s blade inspection specialist Travis Wuertz for potential issues. Furthermore, if their weapon suffers some kind of incident that makes it unsafe for continuing use while they are competing, that causes them to lose on an automatic basis.

5. Both Rounds Are Obstacle Courses

Both rounds of the competition are obstacle courses that test the participants’ ability to cut various items using their bladed weapon of choice. With that said, there is a difference between the two obstacle courses in that the first tests the ability to strike stationary targets while the second tests the ability to strike both stationary and moving targets. As a result, the first involves striking targets such as hanging meat and ice blocks, while the second involves striking targets such as steaks on a rotating carousel and watermelons being released from overhead chutes.

6. The Finale Has Tougher Versions of the Challenges

One of the episodes has featured a kopis, which was a kind of single-edged sword with a forward curve that saw use by the ancient Greeks. There are clear depictions of the kopis in ancient Greek art as well as ancient Greek literature. However, it seems to have been less popular than the xiphos, which was a double-edged straight sword that seems to have been more popular with the hoplites. With that said, the iconic hoplite is supposed to have fought shield-to-shield in a phalanx bristling with spears, meaning that their swords were very much side-arms.

8. Has Featured a Seax

Multiple episodes have featured the seax. The term is Old English, which is the first form of the language spoken by the Anglo-Saxons. However, seax can encompass a very wide range of daggers, knives, and even swords used by Germanic peoples from both the Migration period and the Early Middle Ages. Perhaps unsurprisingly, this means that seaxes have a huge amount of variation.

9. Has Featured a Khopesh

Speaking of which, Knife or Death has even featured a khopesh at one point in time, which is an ancient Egyptian weapon that stopped being used at around the 12th century BC. For those who are curious, it is thought to have evolved from war axes, thus explaining the very noticeable sickle-shaped curve that can be found towards the end of the blade. Supposedly, just the outward portion of the curved end was sharpened for cutting and chopping, while the other side was used to hook limbs as well as pull shields out of the way. Multiple examples of khopeshes have been found in ancient Egyptian tombs. However, the fact that some of these examples have dull edges suggest that those particular weapons weren’t meant for practical use but rather for ceremonial uses.

10. Has Featured a Katana

Perhaps unsurprisingly, the katana has shown up on more than one occasion. After all, while the increasing availability of information about historical weapons has dulled the katana’s almost mystical appeal in earlier decades, it remains one of the most romanticized weapons that can be found out there thanks to both Japanese media and Japanese-influenced media. With that said, it is interesting to note that katanas are actually a relatively late weapon that developed after the Japanese encountered Mongol warriors. However, the katana was a side-arm for most of its existence, with the sole exception being the Edo period when most samurai were more bureaucrats than warriors because of the lack of a major conflict for more than two centuries’ time.