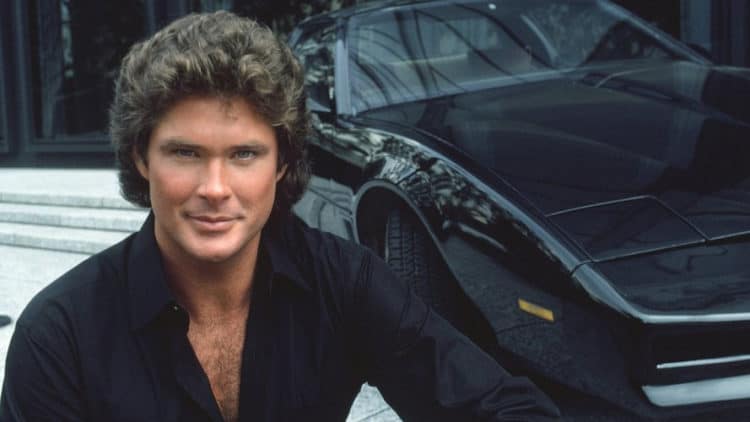 It would be pretty cool to have your own KITT sitting in your driveway or, preferably, in your garage just waiting to be revved up, wouldn’t it? David Hasselhoff is selling a good number of his items at auction in a couple of weeks and KITT is on the auction block with a price tag that’s in the hundreds of thousands, which means that only a select number of people are going to be able to do more than look at this car and dream. For a lot of us, KITT is a welcome look back at our younger years when Knight Rider was still a popular show on TV and we’d happily plunk our youthful selves on the couch or even on the floor in front of the TV to watch an episode. Nowadays the car is still great for those that feel the nostalgic need to possess something from the past, but the going price is expected to reach as much as $475,000, which might not be much to those that can afford that kind of scratch, but is still the cost of a very nice home for a lot of people. But buying it isn’t the only thing that the fortunate purchaser will get since Hasselhoff has actually agreed to drive the car personally to the home of whoever ends up paying the winning price.

Obviously, a Trans Am isn’t going to be practical for everyone, the price wouldn’t be especially. But the fact is that this is a collector’s car, something that might be driven once or twice a year and otherwise kept in storage or in a private garage and given a wash and wax job every so often to keep it looking nice. Those that do actually collect and take these vehicles on the road are often those that have the kind of money it would take to replace the car if it were ever damaged, perish the thought though. As a piece of TV history, it’s one of the many things that a lot of people would love to have since it’s all about the emotions it brings back and the idea that it can make someone feel like a kid again. Other than that, it’s a nice car that’s has a history and is something that many people would love to have as a part of something that they used to enjoy. There are quite a few items on the auction block at this point but one thing that’s not being highlighted is why David is having this auction in the first place.

Until that comes to light, either again or for the first time, it’s not something worth speculating on, but there are a lot of things bearing his signature, likeness, or both that will be heading out the door at prices that one might need to see to believe. The idea is that everything is going to charity, which is nice to hear and all, but the fact that nothing is lower than a few hundred dollars is enough to make a lot of people take a big step back since trying to imagine paying that kind of money for novelties that one could buy on Amazon or at other locations is kind of, well, silly. Some folks might be shocked to hear such a thing, but oh well, the idea of giving to charities that might actually need the money is something that might drive some people to give in a generous manner. Taking a look at the auction items one might actually feel compelled to at least try to bid for some of them since those items still in the hundreds are still the type of things that Hasselhoff fans might like to have, but the KITT car is already being looked at by several bidders, meaning it’s going to be a race to see who really wants the car and who has the most to spend. Thinking about laying that kind of money down on a single item is difficult for a lot of folks, but those that have the means and the desire are bound to show up on January 23rd and put their bid in, meaning that the ‘Hoff will be taking a ride to some lucky winner’s home to drop the car off for the final time.

Every now and then it’s funny to think of how much nostalgia still runs the world in a very big way since from the TV shows and movies we enjoyed in our youth to the way in which a lot of those same things are being revisited today, it’s apparent that people don’t really want to let go of what they idolized back in the day. It wouldn’t be a surprise to see a Knight Rider movie emerge eventually, as has been mentioned. But until it does, someone will have to get lucky and put in the winning bid to bring KITT home.