Home
Entertainment
What We Know about the Latest Karate Kid Sequel 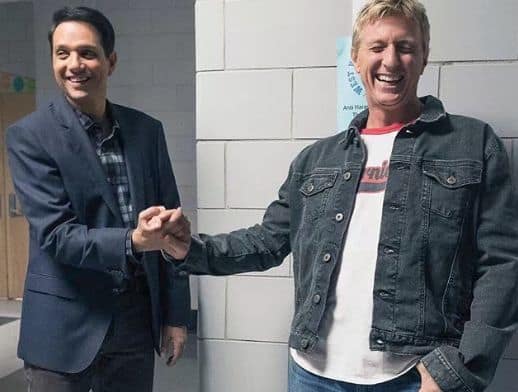 So far what we know about the next Karate Kid isn’t much, but there are some things that are able to be relayed to any excited and eager fans. On a personal note I loved the movies but felt that eventually they started to get a bit stale. Does anyone even recall that Johnny wasn’t even in the third one? Now I know it would be likely that he wouldn’t have anything to do with Kreese, but since Mr. Miyagi saved his life don’t you think he’d be just a little grateful?

Anyway, the series, yes it will be a 10-episode series, will focus on reigniting the rivalry between Daniel Larusso and Johnny Lawrence. That kind of bothers me simply because 30 years after the fact wouldn’t you think that Johnny would have forgiven Daniel for kicking him in the face at that point? I mean after all he did hand Daniel the trophy at the end of the first movie and looked like he’d finally learned a good lesson in humility. But apparently in this new series Johnny is so down and out that he comes up with the idea of reopening the Cobra Kai dojo, which has been closed down for a while at that point, and creating his own school so as to start up his rivalry with Daniel again.

Daniel meanwhile is also a bit conflicted since his mentor, Mr. Miyagi, has passed away at this point and he has no true balance to speak of in his life. You might recall that Pat Morita, the man that was in a big way responsible for making The Karate Kid so famous, passed away in 2005. While some folks enjoyed Jackie Chan and Jaden Smith’s little foray into the remake of The Karate Kid there was no substitute for Mr. Miyagi, since he was quite amusing and contained a great deal of wisdom that seemed like an endless line of chores but was in truth a way to teach Daniel both patience and discipline.

There’s no word yet as to whether Johnny and Daniel have been married, divorced, or otherwise, but more should be coming on that eventually since the production got a green light to start up. Fans of the movie are bound to be divided on this but the excitement of having the original stars back will probably dampen any doubts for a while since The Karate Kid was one of the movies that helped to define a generation. The movie was so iconic and so well done that despite any commentary or criticism that has come from a number of sites and critics in the current day the film was straight up awesome to those of us that were born before the 90’s. It was the film that made karate look like something other than just a bunch of fancy kicks and punches. Thanks to Mr. Miyagi a lot of us never looked at martial arts the same way again.

I still think it’s going to be kind of an odd way to go into the movie, but the rivalry between the two main characters was one reason why the film worked.