Home
TV News
Did You Know Mr. Bean is the Most Popular Show on Facebook? 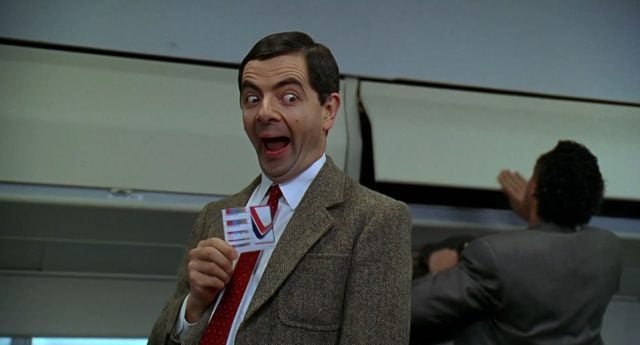 I wouldn’t have thought a show like Mr. Bean could ever top the Simpsons, but it has. The show has well over 76 thousand likes on Facebook while the Simpsons have about 65 thousand. That’s a bit crazy but it’s very true. No offense to Rowan Atkinson but I don’t see why. He’s funny, there’s no doubt about that, but his style of funny is so different from the Simpsons and anyone else that at times it falls a little flat and has to build its back to gaining the attention that it needs to actually be that popular.

Back in the 1990’s I can recall Mr. Bean being the topic of discussion more than once but I still don’t see how he became that popular. His comedy is flat out goofy and for people that love that style he was perfect. But sometimes it just didn’t make a lot of sense and as a result kind of failed to impress. Enough people loved the guy though and as an actor I tend to think that Rowan Atkinson is very skilled. As a comedian he seems to rely more on his looks and different reactions to the world around him than anything. So honestly he seems more like he’s on point when he can pull a goofy face and get a reaction. It’s not so much what he says, it’s more about what he does.

The Mr. Bean appearances have almost always been met with great applause from a fair number of fans, but throughout the 90’s the fame kind of died down. This meant Atkinson had to diversify and find other ways to get roles. He did okay for the most part since he did happen to star in a few movies such as Rat Race where he could draw from the part of Mr. Bean to make his character work. He didn’t play the actual character obviously but he definitely acted like him in some cases.

Then there was Johnny English, a slightly more serious role but still fully open for slapstick and the kind of humor that Rowan seems so skilled at. Unfortunately the movies, while loved by some, weren’t enjoyed by all since the plot was kind of shaky and the entire thing was seen to overreach it’s own expected popularity. Mr. Bean is definitely where Rowan struck it big and one of the only reasons why people know who he is. There are worse ways that he could be known though, and being remembered as the goofy comedian is perhaps one of the greatest honors that he could receive.

It’s still just a little difficult to understand how Mr. Bean got so many likes on Facebook. I can almost imagine that a lot of it has to do with nostalgia for the past. Remember, a lot of us that were kids back in those days probably tended to like Mr. Bean since he was just that funny and memorable. Liking the good old days isn’t wrong, but the fact that he’s at the bottom of the Twitterverse seems to indicate that those growing up in the latter half of the 90’s and later don’t really agree with our assessment of his skills.