Home
Movies
What We Know about “Soldado,” The Sequel to “Sicario” So Far 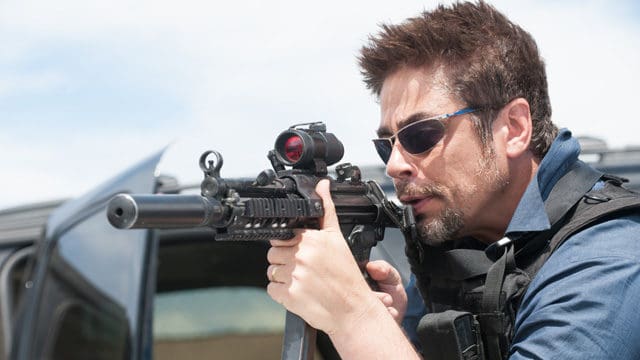 Too often it’s seen that the only movies getting any real attention are the epic blockbusters, about half of which seem to flop and then fade out quickly, while the minor but interesting movies don’t get much play at all. Sicario came in as something of a compromise between the two sides, and managed to appease the action-loving crowd and those that enjoy a movie that is geared more towards winning awards. It went against a few different conventional themes that Hollywood likes to see played out but it was successful despite this and is looking forward to a sequel that should be coming out sometime in 2018.

Here’s a few other things we know about the movie so far.

At this point it’s more of a draft than anything.Â

Right now the idea of a sequel and it’s release date is tentative mostly because the two main stars are currently busy with other projects. Benicio del Toro is actually trying to wrap up his work in Star Wars Episode VIII while Emily Blunt is being kept busy as she’s one of the most in-demand actresses in Hollywood at the moment. There’s no doubt that the sequel will happen, but whether its release date will change or not is still up in the air. It’s kind of difficult to say when a movie will come out when production hasn’t started yet. The main thing to know is that it is happening, and will be a reality when the work is finished.

The sequel will bring about some real closure to the characters following what happened in the first movie.

Some people were devastated by the fact that the film seemed to end with so much unresolved. Personally I think that there is more to tell, but that it left off in a way that is far more true to real life than anything else. After all life is messy, it’s hard to clean everything up so that you can tie a bow on it and make it look pretty. If that offends anyone then this film is not for them. The sequel is bound to be just as intimidating and as forceful, and should give a better explanation of the characters and what drives them. This could end up either ruining or enhancing the movie to a degree that might make it awards-worthy once again. At the very least we might find out a little more about Gillick.

So far the plot isn’t being released in any way, shape, or form.

Fans can definitely guess at what the sequel will be about but until the director is ready there won’t be any real word about what Soldado’s plot will be. That’s for the best though to be honest since knowing too much too far ahead of time is sometimes the worst for any movie. By making the fans guess and theorize it can drive them into a tizzy that will be firmly erased when they finally see the film.

So rest assured, the sequel to Sicario is coming, we just don’t know when.