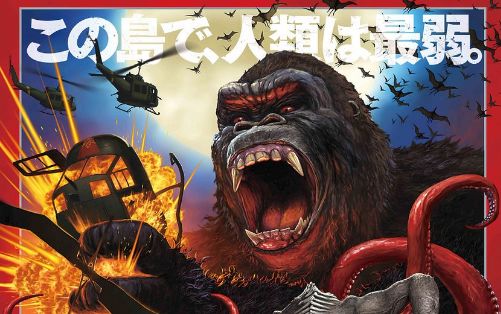 As Kong: Skull Island approaches its release date, the ante is continuing to go up.Â  In the latest rendition of the King Kong movies, this time we see a military approach to the movie. Â  Forces are sent in to a mysterious island, essentially bomb it, and realize they’re in deep trouble since the creatures inhabiting this island are the size of dinosaurs.Â  That’s the plot in a nutshell.Â  Also, we’re not short on super stars in this film.Â  With the likes of Samuel Jackson, Tom Hiddleston, Corey Hawkins, John Goodman, and Brie Larson, there’s certainly a lot of money being thrown around here.Â  While super stars doesn’t guarantee film success, the movie is certainly banking on making a fortune in the box office.

Personally I have a bad feeling about this one but that’s just me.Â  I’m getting a very Godzilla vibe.Â  Don’t get me wrong, the action will be excellent but I have a hard time believing I’m going to get into this movie from an emotional stand point.Â  I know I’m not supposed to but I can’t help it.Â  Plenty of action movies make you care for the characters (The Dark Knight being the best example).Â  I have a strong feeling I’m just not going to care when I see Kong:Skull Island.Â  I hope I’m wrong.

Anyway, in terms of hyping up the movie, I think no one’s done it better than Japan.Â  Their newest poster for the movie is awesome.Â  In case you’re wondering, the text across the top says: “On this island, mankind is the weakest.” 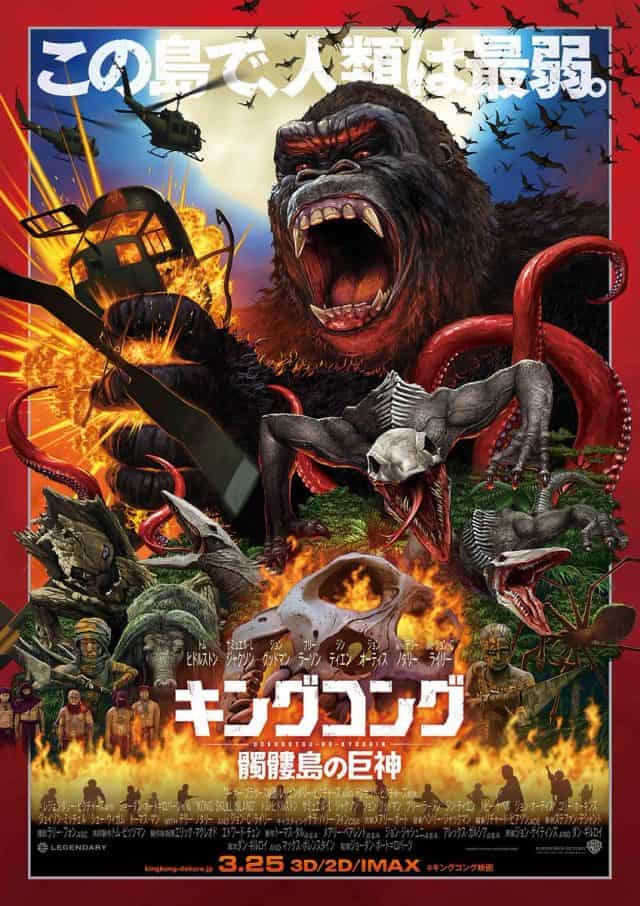