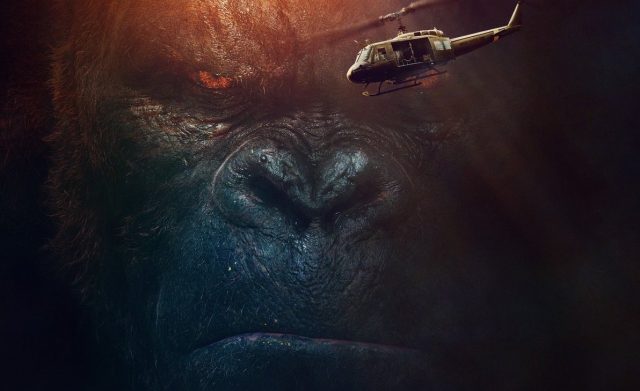 Initial looks at Kong: Skull Island are sounding pretty good. What’s more is that the King Kong reboot will eventually connect to the rebooted Godzilla franchise, which will continue with Godzilla: King of Monsters in 2019, and culminate with King Kong vs. Godzilla in 2020. So we’ll have plenty of huge monsters terrorize themselves and other people for the rest of this decade. Isn’t that nice?

As Kong: Skull Island is getting closer to its release reporter Kellvin Chavez of Splash Report has a little extra information for fans about the monster flick. Chavez posted to his Twitter account: KONG FANS! Make sure your butts stay on your seats for an awesome awesome after credit scene from #kongskullisland It will NOT disappoint!!

KONG FANS! Make sure your butts stay on your seats for an awesome awesome after credit scene from #kongskullisland It will NOT disappoint!! pic.twitter.com/bckac6zup3

That’s one way to get people to stay for the entire film. While we have no idea what this “Major” scene will be, something tells me it’s going to involve Godzilla. It would only make sense that Godzilla gets teased given that whole franchise is setting itself up to make billions.

Here’s something I completely looked over. The film is set in 1973. I’m a big fan of that. I may wait for Blu Ray though. Blockbusters really scare me. They are just too hit or miss.