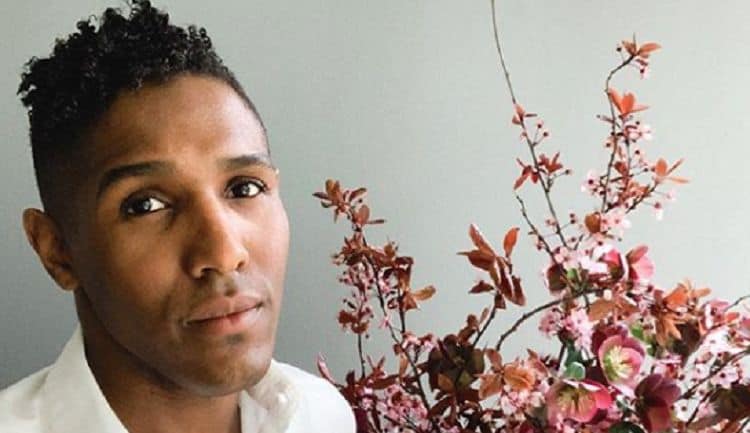 1. His Path To The Big Flower Fight Started With A DM

Direct messages on Instagram are usually reserved for romantic advances and random conversations, but apparently they can also be a great place for business opportunities. Kristen says he received a random DM about a TV project and was asked to do a quick video call. He told The Oprah Magazine, “I didn’t even know what I was auditioning for. Then I heard back maybe two weeks later, they’re like, ‘Okay, we would like you for this project.’ And I was like, “Well, what’s the project?” And they’re like, ‘It’s for Netflix.’ And then my wig blew off.”

Kristen has been fortunate enough to see his wildest dreams come true in more ways than one. In addition to being a talented florist, Kristen is also an entrepreneur. He owns his own flower shop in Seattle called Wild Bloom. Thanks to the show, there’s a good chance his shop will become even more popular.

3. He Sees Flowers As A Gateway

For Kristen, flowers are more than just something to put in the middle of your kitchen table as a center piece. Instead, he believes they are like art and he believes they have the power to connect people. According to his website, he “views floristry as a gateway to a happier more sustainable life that focuses on bridging the gap between nature and modern living.”

Kristen may have a successful career, but that isn’t the only thing he’s focused on. He’s also a very dedicated family man. He is happily married to Aaron Griffith-VanderYacht. The couple has one child together, a son named Hugo. The couple adopted Hugo in June 2019 and are having a great time raising their sweet baby boy.

When Kristen was young, he spent a lot of time working in his mother’s garden. He says, “I was like, yes, this is amazing! I get to play in the dirt, and pull stuff out. Little did I know it was manual labor.” What started as a simple hobby quickly became something Kristen wanted to take seriously.

6. His Work Has Been Featured In Major Publications

Kristen has put in a lot of work over the last several years, and his resume speaks for itself. His website says that his work has been featured in several publications across the country including “Martha Stewart Weddings, Traditional Home Magazine, and The Knot, and seen on Good Morning America and E! Network. His flowers for actress Julianne Hough were featured on the front cover of People Magazine.”

7. He Wants To Represent Black Excellence

Representation is very important to Kristen. There aren’t a lot of other young Black men working in the floral industry, and he hopes that he can show young people that a career as a florist is possible and wanting to work in the field isn’t anything to be embarrassed about.

There aren’t many people who can truly say they love what they do. Even though working with flowers is Kristen’s job, it’s also something he does as a way to relieve stress. Kristen says that gardening helps keep him “rooted in something very true to himself”.

9. He Hopes People Understand How Much Work Goes Into Being A Florist

Kristen hopes that people who watch The Big Flower Fight come away with an understanding of how complex floristry is. Most people think being a florist is nothing more than picking out some cute flowers and putting them in a vase, but the show provides a more thorough look at what florists are actually capable of.

10. He Sees Himself As A Mentor On The Show

Judges on reality competition shows have a reputation for being mean and snarky, but that isn’t Kristen’s style at all. Although he is technically a judge on The Big Flower Fight, he likes to think of himself as a mentor. He would step in and offer advice when necessary, but he also let contestants experiment and learn things on their own.