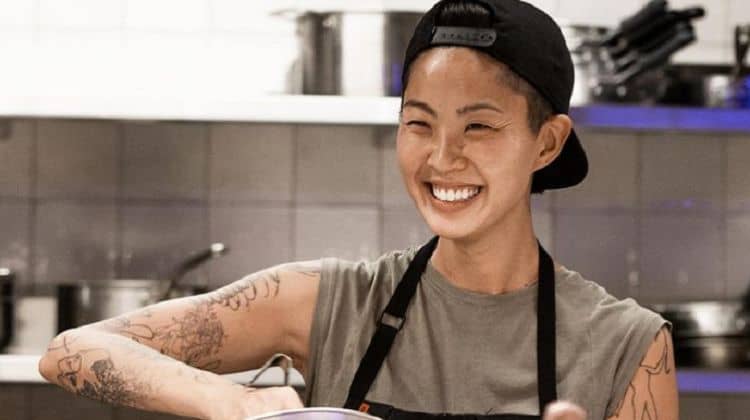 When Kristen Kish won the 10th season of “Top Chef,” she was already a household name. Fans love a good cooking show, and we all fall in line to see these amazing men and women work magic in the kitchen. Perhaps that’s what people do when they burn water to boil pasta at home; they watch other people do things that seem virtually impossible without even breaking a sweat. No? That’s just me? Either way, Kristen Kish is nothing short of magic in the kitchen, and she makes us want to know more about her.

Kristen Kish was born in a place in South Korea called Seoul. However, she did not live there her entire life. She wasn’t raised there. She was raised in the United States, and she’s been in the states since she was just a few months old. She has no memories of her life in South Korea.

Kish was born in the 80s, which is definitely the best decade to be born raised. She was born on December 1, 1983. She got to spend her childhood growing up in a time when the world was a lot simpler. The internet and smartphones and social media really did ruin everything, did it not?

Remember when we mentioned she was not raised in South Korea? That’s because she was adopted by an American family who lived in Michigan. She was four months old when her family found her and brought her home to be with them, and she moved to Kentwood, Michigan at the time.

During her high school years, she was working. She wasn’t just working on her homework or her cooking skills, either. She was working as a model, and we can see why. She’s such a breath of fresh air, and she remains incredibly youthful at the age of 37. She worked as a model to earn a little money on the side, and things really did work out for her.

She knew she wanted to go into the culinary world as an adult. She attended the Le Cordon Bleu College in Chicago when she finished school. We have little doubt she was already talented when she went there, but we are especially excited that she decided to refine her talents in such a fabulous kitchen.

6. She Began Her Career as an Instructor

When she was one with her culinary education, she landed a pretty good job as an instructor. She landed in Boston, where she was hired to work at “Stir,” which is a culinary demonstration kitchen. It wasn’t long before the owner of the kitchen decided to make Kish the chef de cuisine (in 2012), and she was then spent two years there.

It was back in 2019 that she announced she was engaged to her girlfriend. Her name is Bianca, and she said yes. She made the announced on her Instagram page back in the fall of 2019 that she’d said yes to a lifetime of making memories and a life with her. It was a beautiful day for her, and it was something that made her very happy.

9. She Didn’t Mean to Come Out

She was a woman who didn’t mean to come out. She also didn’t not mean to, if that makes any sense. She wasn’t trying to hide anything from anyone, but she also didn’t think people cared. Her friends and family knew, but she didn’t think anyone else cared enough for her to make it a big deal.

If there is one thing we can say about Kristen Kish, it’s that she’s a very private woman. She shares some of her life with her fans, but she’s not rushing to social media to share every single thing about her life that she’s going through, and it’s lovely. She shares important moments, and she shares things that are special to her, but she also keeps the most amazing moments to herself. She’s a woman who lives her life on her own terms.