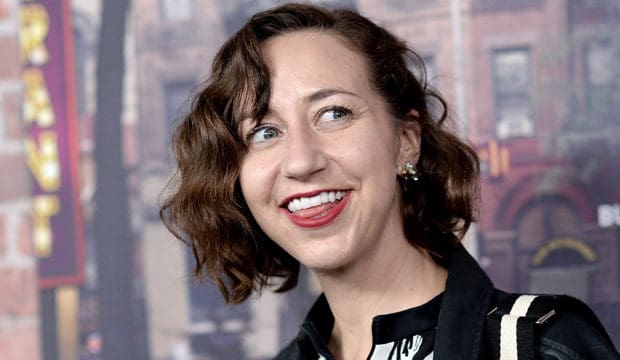 Being a funny lady in Hollywood has been a developing career throughout the years and in the last couple of decades it’s become something that’s not just popular, but is also a very influential position since women in comedy have been coming up in a big way. Kristen Schaal has been one of those that has really been blazing a trail for herself and possibly for others since she’s one of the more noticeable women in the comedy genre that has been seen quite often and in a very impressive manner. Her presence has been felt within many different shows and movies be it live action or as a voice actor, and it’s fair to say that she’s bound to be seen as a big influence moving forward as well. It would be kind of hard to think that anyone who enjoys watching comedy hasn’t seen or heard of her as of yet.

Here are a few things about Kristen you might not have known.

10. She has a very strong following on social media.

The number of followers she has on Instagram alone is substantial if not overwhelming, showing that she is in fact rather popular and has a lot of people that are at least somewhat invested in her career and possibly in her as a person.

9. Kristen’s net worth is around $5 million.

Given all that she’s done with her career it’s not hard to see how she’s attained this kind of net worth, especially since she’s been flat out hustling since she entered her career and has been pushing nonstop to do better and do more throughout the years.

8. As a child she was raised on a cattle ranch.

This sounds like a rather interesting upbringing but to those that have lived it the lifestyle might either be boring or something that is commonplace and worth escaping. All in all though those who are born and raised on ranches or farms tend to be those that fall into the keeping of said locations or find a way out into the wider world.

7. She’s married to Rich Blomquist, who used to write for The Daily Show.

This seems to be a big up for her career, or could have been at one point since writers and comedians seem as though they might be able to get along quite well and bounce ideas off of one another in a very easy manner.

Honestly she’s been on the scene for a while and has been doing things her way for well over a decade now, as much as she can at least. What you see from Kristen is, a lot of times, a collaboration of her ideas and those around her that she depends on at times. But she’s the one that has presented it in a way that people enjoy.

Having a quick wit is sometimes seen as annoying since it’s the kind of quality that can annoy the living hell out of those that aren’t quick-witted and can’t come up with a comeback on the spot. But at the same time being the annoying girl in movies and TV shows is an interesting niche that can only be filled by those that are able to fill out the role.

4. She’s co-authored a book with her husband.

The brainstorming process for this book had to have been interesting since the dynamic between a writer and a comedian has to be something unique that would offer a lot of back and forth with a great number of quips being tossed about. To be a fly on the wall for this process would be kind of fun to be honest.

3. Apparently she had llamas present at her wedding.

Apparently her husband liked the animals and they were supposed to be good luck. There’s no doubt that it’s an odd choice for a wedding, to have llamas that are domesticated but all the same big, hairy animals that might do whatever they want. Oh well, to each their own.

The first award an artist receives is perhaps one of the most special since it’s the first real validation that they’ve reached a milestone in their career and have established themselves as a true talent in their field.

1. Kristen is a very carefree individual.

As you can see from her many Instagram pictures she is in fact a very fun-loving individual that enjoys those she spends her time with and loves to yuk it up occasionally with her costars, her family, and pretty much anyone within her sphere of influence.

She’s established herself as a fun and engaging comedian thus far and it’s going to be great to see how her career develops as the years continue to roll by.