TV Line is reporting that True Blood‘s Kristin Bauer van Straten will playing the evil sorceress Malefecent in the upcoming ABC fantasy show Once Upon a Time. The actress will be making her first appearance in the second episode of the series, scheduled to air October 30th.

Once Upon a Time tells the story of the fictional town of Storybrooke, an alterna-world where fairy tale characters look like real people and have no knowledge of their true identities. The show is set to premiere Sunday, October 23rd at 8:00 on ABC and will star Jennifer Morrison (House), Ginnifer Goodwin (Big Love), and Jared Gilmore (Mad Men), among others.

Best known to TV fans as eternally snarky vampire Pam on HBO’s True Blood, Kristin Bauer van Straten’s past TV work includes appearances on The Secret Life of the American Teenager, Justified, and Private Practice. After her appearance on Once Upon a Time, she can next be seen in Alonso Filomeno Mayo’s The Story of Luke, with True Blood’s fifth season premiering next summer..

How do you think van Straten will interpret the character of Malefecent? Have you gotten any more excited for Once Upon a Time now that October is almost here? What other fairy tale characters would you like to see on the show? 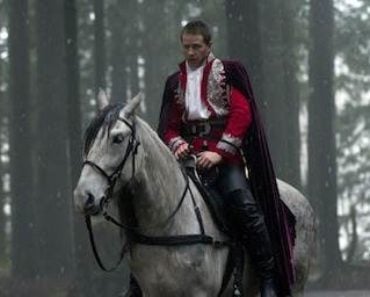