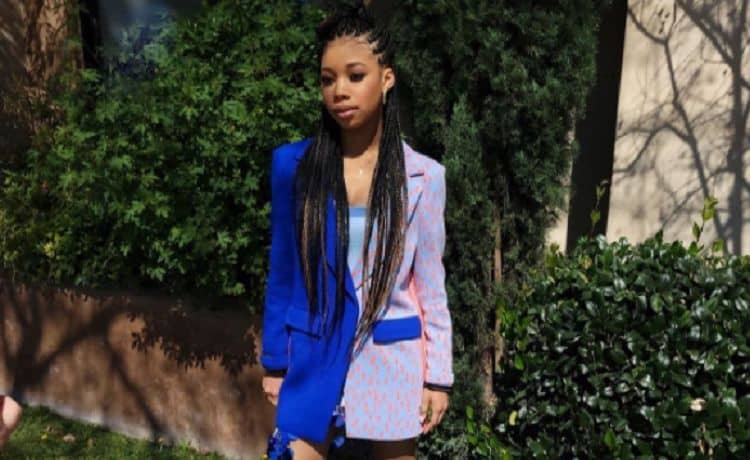 Kyla-Drew is well-known as a child actress, and there are a lot of adults who know just who she is. If you have kids, you’ve seen her on television. She is Mae Valentine from the hit show “Nicky, Ricky, Dicky, and Dawn,” which airs on Nickelodeon, and your kids are watching. She’s not just a successful actress, however. She’s also a young woman who has led an impressive life thus far. She has a huge fan base, but few people know much about her personal life. They’re so focused on her professional life that they don’t really know the young actress well. It’s time to rectify that situation.

Most people wouldn’t know that she’s so young, but she is still a teenager. She is only just able to legally get a driver’s license. She was born on April 14, 2004, and that makes her 16 going on 17 in 2021. She’s so accomplished for her young age.

2. She is a Southerner

Kyla-Drew is young, and she’s not from LA. She might be a fan of the city, but she’s from the south. She was born and raised in Atlanta, Georgia, to be very specific. This makes her as southern as they get. She was born Kyla Drew Simmons in Atlanta, GA, but she goes by Kyla-Drew in her professional life in LA.

3. She is Exceptionally Smart

Kyla-Drew spent most of her life being amazing, but she still has time to do the same things that the rest of America’s youth enjoy. She’s a huge baseball fan, and she follows the Los Angeles Dodgers. When she’s not watching baseball, though, you will find her playing Fortnite. It’s a widely popular game among young people – and probably some adults.

6. She Filmed a Movie in Her Hometown

While she was in town filming her movie “Prisoners,” in Atlanta, she got to hang out with all of her old friends, do the things that she loves to do, and she felt right at home the entire time. The movie stars some of the biggest names in Hollywood (Hugh Jackman, Jake Gyllenhaal), but she felt like it was the coolest experience to get to work at home.

When she’s not acting, she loves to sing. She calls herself a great singer, too. She loves to listen to singers like Christina Aguilera – and why not? She has one of the most beautiful voices in the world. She also loves Cher. She has great taste in music.

She doesn’t just want to be an actress when she’s older. She wants to be what she calls a quadruple threat, and we get it. She wants to take on all the roles that Hollywood has to offer a young star like herself. She’s so talented that we have no doubt she can make this happen for herself long before she reaches adulthood.

Since she’s just a child, we are glad to see that she is maintaining her own privacy. It wouldn’t be appropriate for her to share too much of her life with the world. Her parents, we imagine, manage her social media usage and make sure she’s not oversharing or giving away too much. However, she’s already proven how intelligent she is, so she might not need anyone micromanaging anything she does – she’s clearly capable on her own.

10. Education is Important to Her

Kyla-Drew is a young woman who recognizes the importance of education. She’s known her entire life that she enjoys learning, and she’s always been able to provide herself with the tools to learn even when it’s not a school day. She loves to know as much as she can, and we hope that’s something she never stops appreciating.