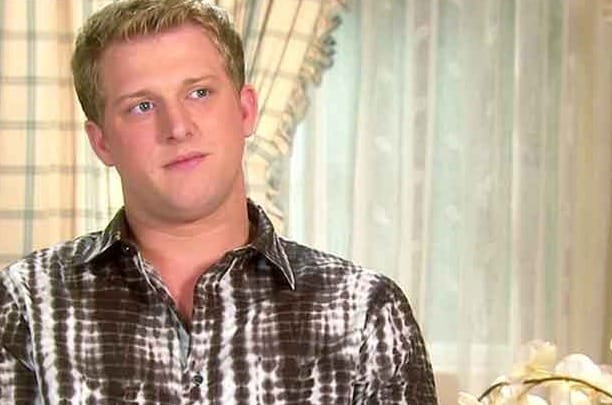 It’s pretty obvious that the Chrisley family has their own separate set of issues per person and it’s hard to figure out what’s going on at any given time unless you’re clued in to the show and watch it on a regular basis. But when you think that the Chrisley’s are a well-ordered and very neat and well-mannered bunch you’ve got to remember that they’re also on TV and the dirty laundry that you see isn’t always the worst. Kyle Chrisley is what you might call a black sheep of the family since he seems to have been in a lot of trouble throughout his life and has done whatever he can to make a great deal of noise within the family by being something of a troublemaker. That’s one opinion keep in mind since there are those that believe he’s had reason for doing the things he’s done, while some would simply call him a bad seed and be done with it. Whatever the case there’s a reason why he’s not on the show and why Todd doesn’t seem to interact with him that often.

Here are a few things about Kyle you might not have known.

10. Kyle has been arrested for threatening his father and his wife.

There’s no doubt that this man has some issues that he has to deal with in his life but making a death threat first to his father and then confirming one to his father’s wife later on is something that seems like it might signal just how really unbalanced he really is. A death threat isn’t taken lightly by a lot of people.

9. He’s been estranged from his parents for a while.

There’s been a lot of bad blood between Kyle and his family for some time it would seem and whether it’s all him or the others have something to do with it is hard to tell since the back and forth bickering that goes on even when Kyle is in his right mind makes it difficult to understand who did what to whom.

8. His parents took custody of his daughter.

Todd did take custody of his granddaughter since it seemed only right that he give her a decent home. But if you listen to Kyle and a few others it sounds like Todd might have also done it to increase the ratings on his show since the little girl is pretty cute and does have a very engaging personality.

7. He and his wife do create music together.

In his more lucid moments it would seem that Kyle aspires to be a musician and has created a few songs with his wife that might be worth paying attention to. He does have some skills if he really puts his mind to it and focuses.

6. Kyle did manage to turn his life around a couple years back.

In 2017 it seems that he was doing pretty good and had a chance to get back to a real life and make something of himself, but old habits tend to die hard and there’s not much that can be done for someone that doesn’t want to move forward and keeps on doing stupid things.

5. He’s been arrested on drug charges before.

Jocelyn Vena from Bravo TV reported that Kyle had been arrested recently in May with amphetamines in his possession and this charge led to the discovery that he’d threatened his now estranged wife as well. Kyle doesn’t seem to be making a lot of good choices these days.

4. Apparently Kyle and his wife tried to extort money from his family.

Leah Scher from Your Tango is one of the few that reported on the fact that Kyle and his wife tried to extort around $20 grand from his family for a purpose that’s anyone’s guess. But the kicker is that if they didn’t give the money then he and his wife would expose them as racists. That doesn’t seem too optimal when the Chrisley’s have welcomed a half-black grandchild into their home and have embraced her willingly.

3. Kyle was on the show for a little while and then disappeared.

Presumably he was there for a bit to get in on the act and be a part of the family but it’s very likely that he got in trouble again and things went south in a big hurry. Todd wouldn’t even talk about him for a long time.

2. He’s told a few stories about his father that a lot of people have taken as truth.

Todd might not be the perfect parent but taking the word of a person that’s been in trouble on and off again so many times is kind of hard to do since it requires a lot of trust that some people don’t want to give.

1. He suffers from bipolar disorder.

This is a pretty serious disorder and tends to mess with a lot of people and cause a great deal of emotional fallout as well.

It’s hard to cut family off, but when family brings you down the most it’s harder still to keep them close.