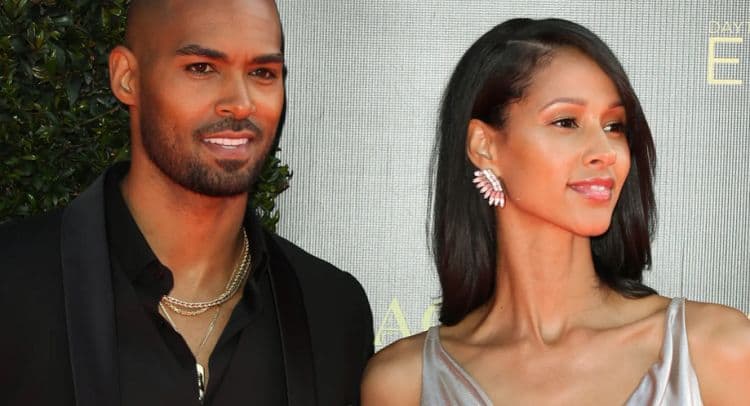 If you didn’t know any better, and you just got a glimpse of him from far away, you might mistake him for one of Hollywood’s hottest and most famous actors. There’s nothing wrong with being mistaken for the very talented, very handsome Shemar Moore, but Lamon Archey is his own man. Ironically, he also works in the same industry – the soap industry – that Moore worked on for many years (Days of Our Lives, anyone?) and the two could be brothers. However, Lamon Archey has led a very interesting life of his own, and it’s time we get to know him for it.

You wouldn’t know it by looking at him, but Lamon Archey is a man who will turn 40 in 2021. Call us shocked, because he looks amazing. He was born on April 9, 1981, and this is his year to go into a brand-new decade. We hope he’s able to find some time to celebrate in his busy schedule.

Born and raised, he’s from San Mateo. It’s not close to Los Angeles, but he’s been given the chance to live and work in LA for some time. He was born in San Mateo, he went to school there, he played sports there, and he tried to figure out what he wanted to do with his life while he was there.

3. He Was Raised by His Grandparents

Archey was raised by his grandparents in San Mateo. We have no idea if the grandparents who raised him are his maternal or paternal grandparents, but we do know that his parents were not in the picture. In fact, he didn’t have much contact at all with his father. His father passed away when he was only 20, and we know next to nothing about his mother.

During his high school career, he was an athlete. He spent those years playing both football and baseball, and we have no idea which was better for him. We imagine he liked both sports, but we don’t know which one he excelled at more.

After high school, he wasn’t quite sure what he wanted to do. He decided he wanted to do something productive with his life, and he decided to take a job as a carpenter. It seemed like a good job laying floors in people’s homes and offices, and he spent nearly two years working in the industry.

6. He Modeled at First

When he decided that he was no longer interested in carpentry work, he made a big move to Los Angeles. It’s here he spent time with his uncle. He worked as an EMT while he was living with his uncle. He knew he wanted more from his life than just hard manual labor, and the EMT life seemed like a good one for him. He could make a difference, and also do something he was proud of. While doing this for work, he attended a job fair and was discovered as a model. He took on some work doing some local modeling jobs, and that’s when his career began to take off.

7. He’s In a Long-Term Relationship

Archey was fortunate enough to meet a woman he liked a lot back in 2003 at a fashion show. Her name is Mercedes Cornett. They didn’t begin dating for another three years, but they did establish a lovely friendship in that time. They announced their relationship in 2006, and their engagement in 2010, and then they announced that they would get married in 2019. He made the announcement back in 2018 that it would be February 2019 when they’d get married, but we don’t know if they actually got married or not.

He and his long-time love interest, Mercedes, have two children together. Their first is a little boy, Caden, who was born in 2009. Their second child is a daughter. Her name is Gaia, and she was born in 2012. Archey also has an older son of his own. His name is Machiah. He was born in 2002 when he was in a different relationship with an unknown woman.

9. He Keeps his Family Private

You can follow him on Instagram, but you won’t see much of his family on there. He knows when to keep things to himself. You will see the occasional snap of one of his kids or his private life at home, but most of everything he shares is work-related.

10. He Has a Large Following

Archey has a significant following on Instagram. He’s got more than 28.5k followers, and he’s only posted 36 photos in the past two years he’s been on the ‘gram. It’s a lot of people following just for a snippet into his life.