Home
TV News
Lana Parrilla: 10 Things You Didn’t Know about the Once Upon a Time Queen 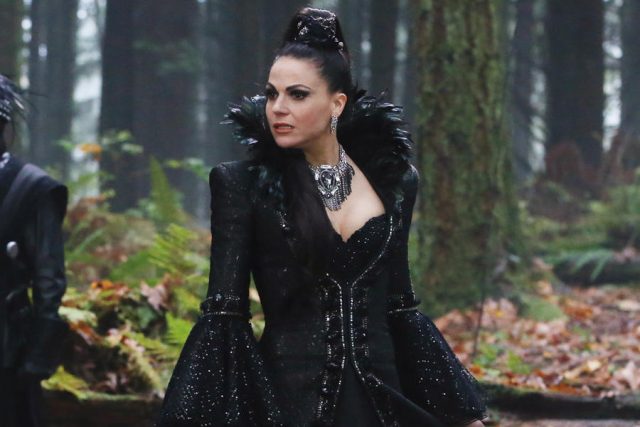 Many people have argued that today’s television offers greater selection of high quality programming than ever before. While much of this praise should be directed towards producers and writers, shows rely on their actors and actresses to deliver moving performances. One of the most popular actresses on television today is Lana Parrilla.

Parrilla is best known for her current role as Regina Mills/Evil Queen on ABC’s Once Upon a Time. This is a fan-favorite character who served as the show’s first primary antagonist. This is a difficult role to play, as it requires two distinct portrayals. Regina Mills is a human character who is the mayor of Storybrooke. The Evil Queen is responsible for the curse that has transported the fairy tale characters into the real world and stripped them of their memories. The ability to convincingly play a character with two distinct identities is quite impressive.

While Parrilla has become widely known and celebrated for this role, her early career and personal life are very interesting as well. Most people are unaware of the struggles that she has endured and the work that she has put in to become the success that she is today. Here are ten of the most interesting facts about Lana Parrilla.

10. She has acting in her genes

Given Parrilla’s outstanding career, it is unsurprising that acting is in her gene pool. This includes her aunt, Candice Azzara. Azzara is an actress with experience in television, film, and Broadway. She has been acting professionally since 1968. Undoubtedly, it must be comforting for Parrilla to know she can draw upon her aunt’s wealth of experience as she becomes accustomed to a life of fame.

9. Her father was a baseball player

Performing in front of thousands of people seems to run in Parrilla’s family. Not only does she have relatives who are involved in acting, her own father was a professional athlete. The Puerto Rican-born Sam Parrilla played baseball professionally from 1963 until 1973. Most notably, this included a brief stint as an outfielder with the Major League Philadelphia Phillies for the 1970 season. The ability to entertain and handle the pressure of performing in front of fans is certainly nothing new to the Parrilla family.

8. Her father was murdered

Sadly, Parrilla’s father had his life taken from him far too early. In 1994, he was shot once in the chest and consequently passed away. He was shot by a girl who was only 15 years of age. Tragically, he was only 50 at the time, and Lana was only 16. This is an incredibly sad aspect of Parrilla’s background, and it only makes her subsequent success all the more impressive.

Although she has suffered a great deal of personal tragedy, Parrilla has persevered and forged an outstanding career. Through a great deal of time and effort, she has amassed a net worth of $3 million. This impressive sum comes almost entirely from her acting. With the incredible success of her work on Once Upon a Time, the future will most likely only bring greater fame and fortune for the deserving actress.

6. She has won several awards

Although best known for her work on Once Upon a Time, Parrilla has seen great critical success and popularity throughout her career. Her convincing and charismatic portrayals of a wide variety of characters have garnered her praise from critics and fans alike.

For her work on Boomtown, Parrilla earned an Imagen Award in 2003. In addition, she has won several awards for Once Upon a Time, including a TV Guide Award and Teen Choice Award. She was also nominated for a Saturn Award.

5. She is happily married

Knowing the loss that Parrilla suffered in her youth, it is heartwarming to know that she has found someone to love and care for her. She married her boyfriend Fred Di Blasio in 2014 after the two became engaged in Israel the year prior. Di Blasio is a software executive.

Through this marriage, Parrilla’s family has grown to include Di Blasio’s sons Matt, Jack, and Patrick.

4. She has formal voice training

Although she is revered for her acting ability, most people are unaware of the long hours she has spent training her vocal skills. For over 10 years, Parrilla had formal voice training. This training was not for singing; it was specific vocal training for acting.

This training has paid off in spades with her current role. Portraying two different personalities involves changes in inflection, cadence, and tone, which she uses to create sinister and seductive characters.

3. She has a special tattoo

Parrilla highlighted on Twitter that she has a simple and elegant tattoo of a feather on her wrist. The story behind this tattoo, however, is far from mundane.

The inspiration for this tattoo came by chance in a Los Angeles park. After moving to the city from New York, Parrilla experienced a great deal of uncertainty and self-doubt. During this period, she asked for a sign that she was in the right place. Her answer was a feather that drifted by. Throughout the following years, Parrilla noticed that feathers would appear in times of struggle. They became her symbol of strength and reminded her to have faith in herself.

2. She’s had ups and downs in her career

While Once Upon a Time is a remarkable success, Parrilla has acted in series that have not seen such popularity. Her early career included small roles in low profile movies like Spiders in 2000 and Frozen Stars in 2003. However, her introduction to a mainstream audience came with her breakthrough role as Angie Ordonez in the comedy series Spin City. It is difficult to imagine such a popular actress as Parrilla in a less popular series, but clearly her career is developing in the right direction.

1. She trained at the same place as George Clooney

While Parrilla shares the screen with some high profile actors, her link to the most famous Hollywood star is actually through an acting school. After moving to LA, Parrilla trained at the prestigious Beverly Hills Playhouse.

George Clooney trained at the same facility years before Parrilla arrived. He stated that he trained at the school for 5 years. In fact, he explained that at one point, he was unable to afford the classes. He was able to study by staying late and cleaning up after classes finished.

It is no surprise that the training facility of a successful actress like Parrilla has also enjoyed the presence of some of Hollywood’s finest actors.

Although Parrilla is known as an excellent actress, there is far more to her than her on-screen characters. She is an individual who possesses the strength and motivation to endure great personal loss and still create an incredibly successful career. Her success should be attributed mostly to her work ethic and training, although she has clearly received some of the genes that allowed her father and aunt to be successful performers as well.