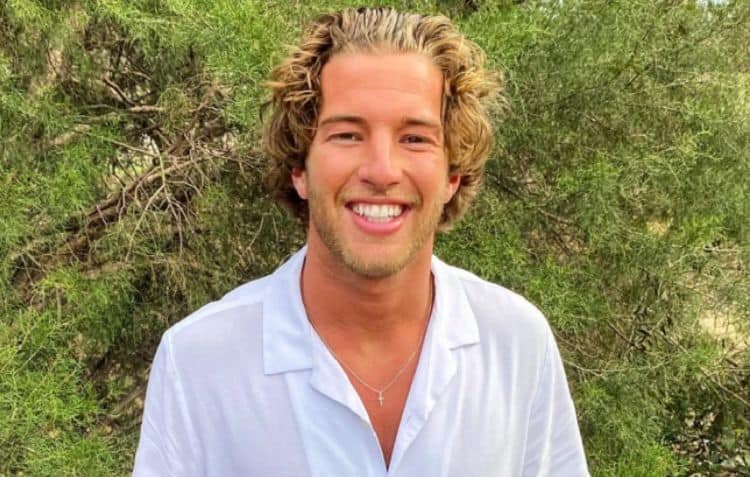 It is officially summer vacation, and you know what that means. It means that Katie Thurston is the newest woman of the season. She’s the newest bachelorette, and she has around 34 men looking to find love with her over the course of the steamiest season of all. She’s looking to find a husband and a father for her future children, and Landon Goesling is one of those men who is hopeful he is her ‘one,’ right now. We don’t know how the season will end, but we do know that many fans are dying to know more about this man.

Landon Goesling is only 25, but he’s already led a very exciting life. The Texas native has been on television more than one time in the past, and he’s back to make his reality television debut as a man who is looking for love with the Bachelorette. His previous television appearances were on sports networks.

3. He Once Met Drake

When he was a college basketball star, Drake was in town to perform a show. While he was in town, he went to the college gym to get in a good workout. While there, he ran into the future reality television star and they shared a photo together.

4. He Has a Fun Nickname

Most adults over the age of 30 are currently thinking that we misspelled believer when we were talking about Landon Goesling’s religious beliefs. We did not. We don’t know anything about his religious beliefs. He’s a belieber. He loves Justin Bieber. Yes, that’s what we said. He’s a Bieber fan.

6. He is Ready for a Family

He may be young, but he’s not letting anyone tell him that he is too young to find love. He wants to find a woman to settle down with. His priorities have changed in the past year or so, and he is ready to find a woman to spend his life with. He wants a wife and kids, and settling down is where he is in life right now.

8. He is Looking for a Best Friend

For Goesling, it’s important that he finds both a best friend and a lover. He wants the woman he falls in love with to be the woman who is also his best friend. He’s not looking for someone to be one or the other. He wants someone to be both in is life. If he doesn’t feel a deep connection as both friends and lovers, he’s not interested.

9. His Friends Think Highly of Him

When some of his friends were interviewed about the idea of their guy being part of a reality television show, they were excited for him. They have a lot of wonderful things to say about Goesling, including that he is a great guy and a unique guy, and that he will make someone a wonderful husband someday.

He’s an educated man who is still taking courses in college. He’s not really a college student in terms of still aiming for his degree, of course. He’s got a degree, but he is currently enrolled in courses to obtain his Master’s in global business. He’s a man who is motivated and ready to have a successful, happy future, and nothing is stopping him.