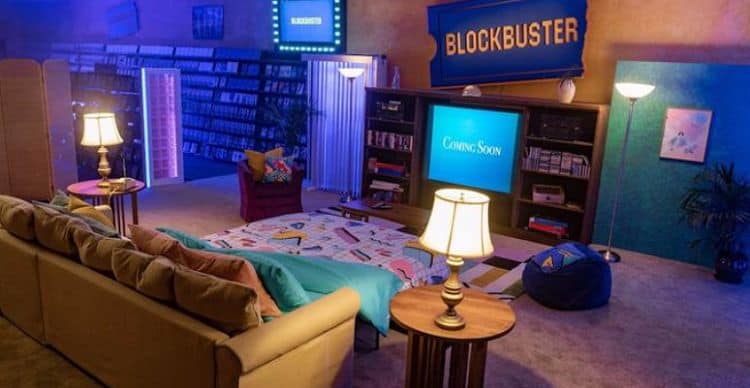 Those that are really suspicious by nature might feel that the last Blockbuster Video might ready to close the doors, which would be why they would even think of holding a summer sleepover event that costs only $4 a night. Of course, hearing that the event is only open to local residents could alleviate any concerns, but also hearing that safety measures such as masks and sanitizer will be on hand might add to the paranoia again, while free snacks and food and complete access to the store might also make a person think that this promotion is masking something else that might be in the works. It’s a definite deal for those that happen to love the idea of sleeping over in their favorite movie store, which is also the only Blockbuster Video left in the United States. It’s definitely a different style of promotion since those that purchase tickets through AirBnB will be able to accommodate up to 4 friends for the experience as well. But the fact that this deal will be taking place for one weekend in September still makes a person wonder just what’s up, since, despite the local community pulling together to save the video store, one has to imagine that they’re not making the same type of money that Blockbuster once enjoyed when it was king of the rental business.

The food, the accommodations, and the setup alone have to cost a bit since allowing people to remain in the store after hours, all night, in fact, sounds like something that would have been a huge liability back in the day, and might still be that way. Plus, one has to wonder about the ’employee only’ areas that the guests might not have access to. How tempting would those be for someone to try and access? It’s easy to believe that the store would keep these keys separate and have something in place that would keep the back office from being accessed in any way. Plus, the use of cameras and the simple deduction would be enough to discourage a lot of people from actually attempting to do something so stupid. But if you’re thinking from paranoia or from common sense this would be something that most people would worry about when letting just anyone who could pay the price stay in the store for a night. It sounds like the deal of a lifetime for anyone that could dredge up the four dollars needed and considering that the store is also allowing the guests to use game consoles as well it could be that a lot of adolescents might see this as the perfect night out to spend with friends and just get away from home for a short while. The fact that it’s only open to locals is a bit dodgy but it’s still pretty easy to understand since the store might want to both say thank you in a very personal way to the community, and it’s a bit easier to keep track of who comes and goes when things are kept within the community. That’s one theory at least since the store has made it known that they’re grateful for the community’s help in sticking around.

It’s taken a lot of effort and patience to keep the store alive, that much is evident, so with all paranoia aside, this could just be a useful way to say thanks and to give someone the chance to experience what it’s like to actually immerse themselves in the store experience in a way they’ve only seen in the movies most likely. There have been plenty of movies that have shown just what it’s like to watch a movie in the store, to sit back and relax, and to treat the store like one’s own personal home, but this time it’s perfectly legal and is being encouraged by the store itself. One can only imagine that the tickets are going to be snapped up quickly for such a low price and that the three nights are going to be taken quickly, perhaps even by those that are hoping to use the idea that they can invite their friends to monopolize all three nights. One has to wonder if the store will allow this, or if they’re going to have a system to make the experience as fair as possible. On the other hand, one has to wonder just how likely it will be that those taking up the store each night will find it a restful experience since Blockbuster is known for having pretty big front windows, and unless there are coverings for said windows it’s likely that those inside could feel a bit exposed, even with screens covering their sleeping area. Oh well, it’s the experience that really counts, right? After all, how often does one get to sleep in a store?