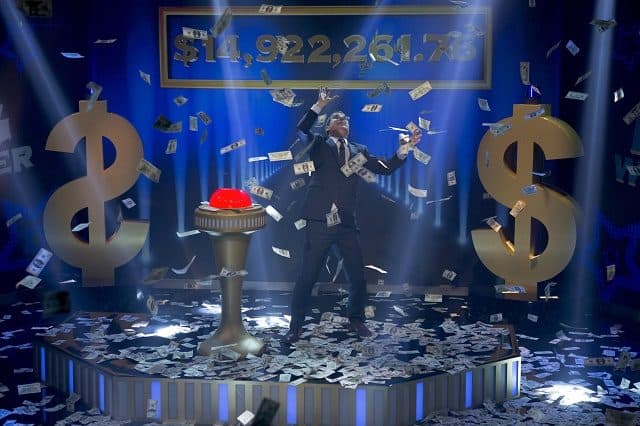 John Oliver always usesÂ Last Week TonightÂ as a platform to highlight important issues that go unnoticed by the mainstream media, and last night was no different. Oliver used 20 minutes of the 30-minute episode to showcase the very real and present problems that Americans have when dealing with debt. It’s not just the fact that these people acquire debt for reasons out of their control (such as medical debt when dealing with health problems that their insurance can’t fully cover), but that the banks they owe these debts to can sell them off to debt-buying companies that have little to no regard for legality and basic human decency. It’s a terrifying and downright disturbing process.

However, Oliver wasn’t satisfied with only exposing the dark side of debt; he wanted to educate people about this topic, but he also wanted to make a real and significant impact as well, which is why he and theÂ Last Week TonightÂ crew started their own debt-buying company. As Oliver describes, starting up his own company, which he named Central Asset Recovery Professionals (CARP, also the name of “the bottom-feeding fish”) was “disturbingly easy,” and he was able to purchase nearly $15 million of out of statue medical debt from people in Texas for about $60,000. But unlike every other debt-buying company out there, Oliver decided not to ruin people’s lives by trying to collect the money; instead, he chose a different option.

“We thought instead of collecting on the money, why not forgive it?” Oliver said. “Because on one hand, it’s obviously the right thing to do, but much more importantly, we’d be staging the largest one-time giveaway in television show history.”

According to Oliver, Oprah’s famous “You get a car!” giveaway totaled about $8 million. The debt that he and his company were forgiving nearly doubled that number.

“F*** you, Oprah,” Oliver said before calling himself the “new queen of daytime talk.”

Last Week TonightÂ airs Sundays at 11 p.m. on HBO. Watch John Oliver explain the many sickening problems with debt buyers before giving nearly $15 million of debt relief in the video below.