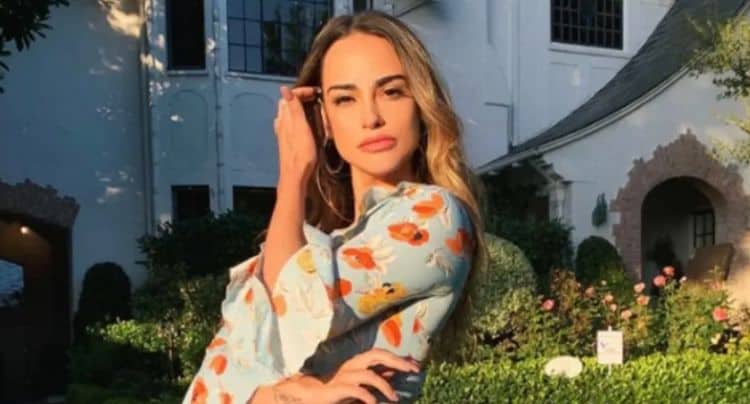 “Love Island” is all the rage right now as people are looking forward to new shows premiering, reality television beginning to show us what’s going on in the outside world, and so many other factors. The world is looking for something mindless and entertaining right now, and this is bringing that to television screens. People need the escape. It’s good to turn off the news, to get off the internet, and to take a break from the many things going on in the world that simply aren’t productive, and we have so much to say about the show as it continues to bring us all joy and entertainment. It’s watching people find love, but it’s watching them find love in the most dramatic and entertaining way, including the addition of new faces like that of Lauren Coogan. Let’s learn a bit more about her.

Lauren Coogan is the new girl on the show, which means many of the women there probably already don’t like her. She came in as someone who was there to shake things up, and that’s what she’s doing. Being that she was not there from the start, she’s not bonded with the other ladies, which can cause some drama. That’s exactly what the network is looking for.

Not only is she not an original cast member, she’s also British. This means she’s got that amazing accent, and everyone will be fascinated by her. This is not good news for the women who have been there. She’s from Oxford, England, and she spent much of her life there.

When she’s not on reality television, she has a cool job. We have no idea what it means, but she’s a family assistant. Does this mean she helps with childcare? Does she help run a busy household by making appointments, and caring for things around the house when the homeowners are not present? We don’t have an actual clue, but it sounds fascinating. Where do I get one?

She’s a woman who has been in a serious relationship in the past, and it was with someone famous. Have you heard of a musician from Belgium who goes by the name of Enesse? They dated for three years, ending their long-term relationships back in 2018. She’s looking for love again.

5. She’s Got a Celebrity Crush

You might be surprised who it is, too. She’s so crazy about him that she refers to him regularly on her Twitter page as her boyfriend. His name is Shia LeBeouf. She has always had a thing for him, and that does not seem to be something that she’s going to stop anytime in the near future.

She spends a lot of her time working as an Instagram model. She has a highly curated feed that shows her off working her body and her good looks for great photographs, and she gets them. She’s someone who is definitely aware of her good angle and her ability to do things her own way, and we can appreciate that.

7. She’s Not Afraid to Shake Things Up

We’ve only known her since she made her first appearance on the show about thirty seconds ago, but we know that she’s not afraid to shake things up. She’s already made it clear she’s not that worried about who might already be coupled up with whom, and she’s not there to make friends as much as she is to have a good time finding a man with whom to occupy her free time.

If you go through her Instagram feed, she’s always got something interesting to say in her captions. In one photograph, she is standing in front of a beautiful SoCal home in which she uses the caption, “Catch me on RHOBH in 10 years,” and we kind of believe her. It is a goal so many women have, and we can think of worse places to end up in a decade, right?

She spends a lot of time with them, and she clearly adores them. This is something we love about a woman. A woman who surrounds herself with people she adores, she uplifts them and cheers them on. That’s something we can get on board with, and she’s such a Rockstar for it.

We’ve said it before, and we will say it again. We love someone who loves animals, and she’s a dog lover. That, alone, automatically makes her a super-likeable person in our books.