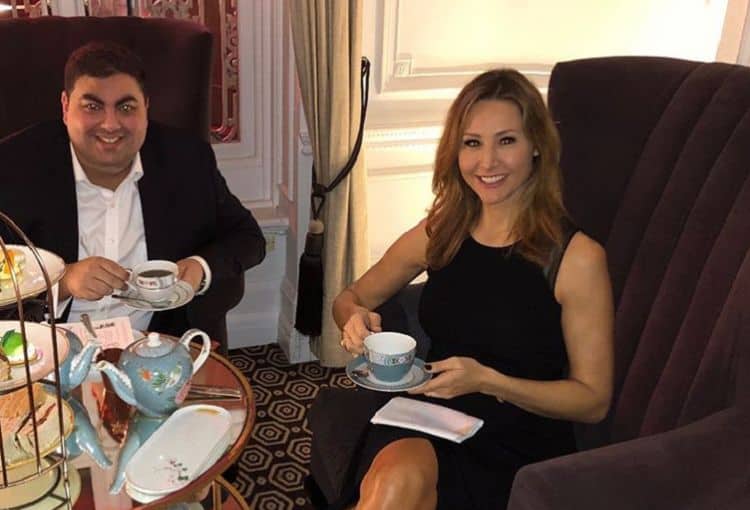 Most people probably know Lea Gabrielle as one of the faces that graced Fox News, but there’s more to this former news reporter than just a pretty face. Gabrielle’s name has been the subject of many news headlines recently due to the fact that she’s just been appointed by the government to head the U.S. Department of State’s Global Engagement Center. It’s a hefty responsibility that not a lot of people could handle–and Lea Gabrielle’s credentials certainly make her more than qualified. If you don’t know much about Gabrielle, here are 10 things that you should definitely know.

1. She was a young scientist

For the average person, childhood accomplishments rarely follow to adulthood. That wasn’t the case for Gabrielle. Her achievements when she was young were significant enough to be documented heavily. Among other high school students, Lea Gabrielle was a finalist in the 52nd Westinghouse Science Talent Search back in 1993. She was only 17 years old at the time, and she was representing Mount Vernon High School in Alexandria. The total prize scholarship was worth $205,000.

2. She got an engineering degree

After high school, Lea Gabrielle went on to attend the United States Naval Academy. She graduated in 1997 with a bachelor’s degree in mechanical engineering. Given her background in science and engineering, it’s truly interesting how she ended up pursuing journalism later on. It’s a true testament to her talents, brain, and skills. We should also note here that the Naval Academy is not an easy thing to pursue and let alone finish. Gabrielle managed to end her attendance there successfully, and she used what she gained from that experience to pursue a successful life.

3. She was in active duty for a while

Gabrielle entered active duty right after she graduated from the academy. For two years from 1998 to 2000, she attended flight school with the Navy in Pensacola, Florida. She earned her Naval Aviator Wings, which means that she qualified to work as a naval aviator. She served as one for 12 years. In addition, Gabrielle also qualified as a commercial pilot.

4. She was a fighter pilot

It’s easy to dismiss a soldier as just one of the many, but every single person who has ever served in the U.S. military played a specific role. Gabrielle, in particular, played significant roles. Being a naval aviator, she was tasked with flying the Hornet–a single-seat F/A-18 combat aircraft that was deployed from the USS George Washington. She also served as a landing service officer, squadron public affairs officer, and even as an intelligence operations officer during 2001’s Operation Enduring Freedom. In addition, she also served as a defense foreign liaison officer and she even worked with a Navy SEAL in Afghanistan.

5. She got a journalism certificate

Twelve years in the Navy is a long time, and many who serve get lost in life after leaving service. That wasn’t the case for Lea Gabrielle. She must’ve known exactly what she wanted to do. In 2009, she attended the New York Film Academy and received a certificate in digital journalism. She jumped right into NBC and worked for various NBC avenues. During this time, Gabrielle was the person that filmed, wrote, edited, and produced her news stories.

6. She became a west coast transplant

Gabrielle was born and raised in Alexandria, Virginia. She went to high school there, and she attended the Naval Academy close by in Maryland. After the Navy, she ended up working for NBC in Washington, D.C. Gabrielle spent most of her life on the east coast until she moved to San Diego, California in 2011. At that point, she began work as a military reporter for NBC in the area. Life in the east coast wouldn’t last for her long, however, as she moved to New York City just a couple of years later.

7. She worked with Fox for a few years

Given her military background and the experience she’s accumulated in journalism, the transition to Fox was not difficult for Gabrielle. During her time with the Fox News Channel, she worked both as a journalist and news correspondent. She also worked as a general assignment officer for Fox News Reporting. Working for Fox gave Gabrielle even more experience that would prepare her for the next role in her career heading up the U.S. Department of State’s Global Engagement Center, where her primary role would focus on propaganda countering efforts.

8. She has a social media page

It’s difficult to imagine television personalities having private lives. We see them so often on television that we tend to forget they are just working too. Gabrielle happens to be very private about her personal life. The 44-year old beauty maintains a social media page, where people could get a glimpse of her day-to-day activities.

Gabrielle was once married to Greg Sutton, a former Naval officer. They wedded in 2004 after several years of dating, but their relationship didn’t last too long. She carried Sutton’s last name for a while, but ended up dropping it to just go by Lea Gabrielle. In fact, Gabrielle was born Lea Gabrielle Potts, but she’s rarely used her last name in her news television career.

There’s no doubt that Gabrielle has worked hard all her life. Her dedication to her country is undeniable. She works hard, and she’s made a decent living out of her skills and experiences. It’s been reported that Gabrielle’s net worth to be roughly $2 million. She was already earning six figures while working as a Naval Aviator, and she did that for many years. Her salary only increased when she ended up working in journalism. Gabrielle is someone who lives her life to the fullest, and she’s definitely got the bank account to back her lifestyle up.