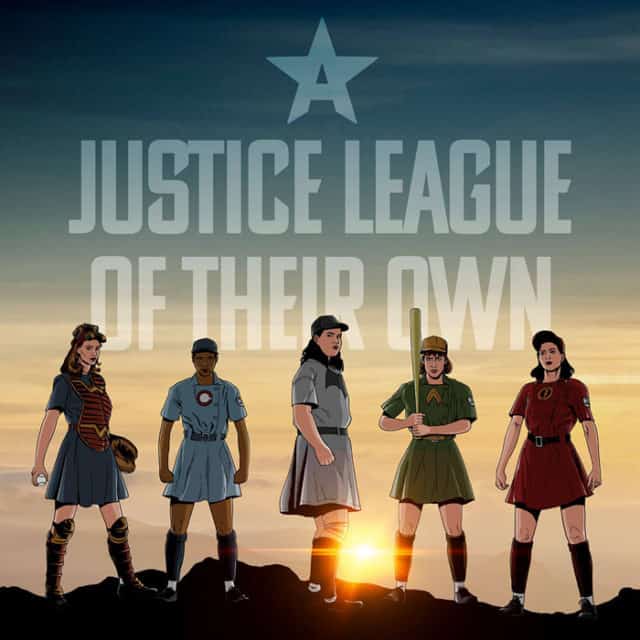 Justice League of Their Own….it has a nice ring to it. Granted it might not take off as much as people might want to believe but it’s an idea that has merit when it comes to the comedic and very entertaining nature of the thing. I kind of wonder who sat around just thinking this up and how they came to the conclusion as to who to use for which role. Dottie as Wonder Woman makes sense, as does Hattie Mae for Cyborg, but how in the world do you get the others? Let’s explore that a little. 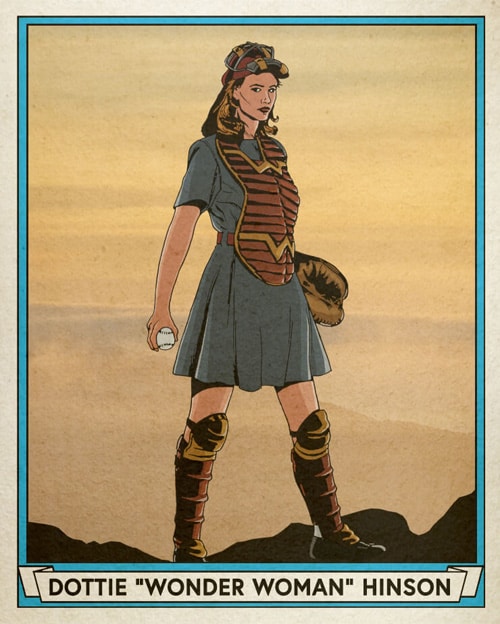 She’s tough, independent, and it seems like there’s nothing she can’t do. On the field and in life it seems like Dottie is just perfection personified. This obviously annoys the heck out of her little sister, who can’t understand how Dottie can be so inherently wonderful and yet be such a pain in her backside at the same time. All that really matters is that Dottie fits this role perfectly. 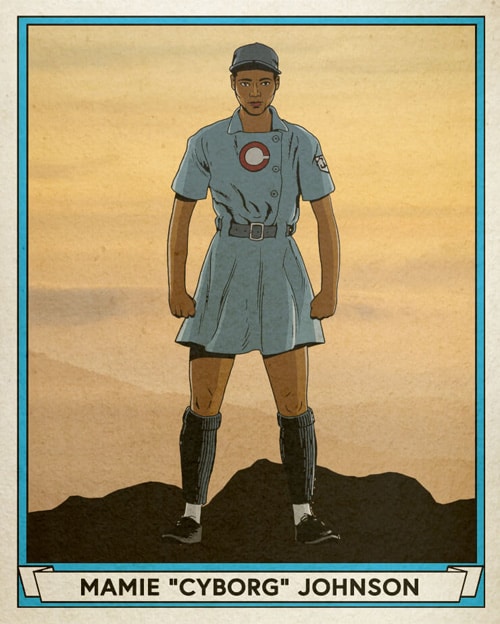 Recall the black woman that threw the ball back on the field when it rolled out towards the fence. Is this her? If so then she’s earned her right to be here just like the other women and shouldn’t be discounted at all. With an arm like that she could play virtually any position she wanted and not be hindered by distance. Heck, if she wanted to try and had the accuracy she could be one dangerous pitcher. 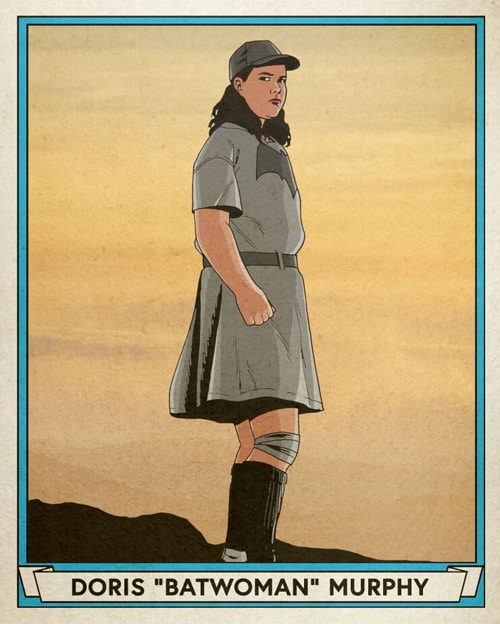 I can’t say that I really get this one to be honest but let’s roll with it. She’s tough, there’s that much going for her. She has a mouth on her that can wither even the strongest of men, and she’s at least loyal to the idea of the team and yet not so blindly loyal that she’ll let every slight against her roll off her shoulders. She’s the attitude and the backbone of the team it would seem like. 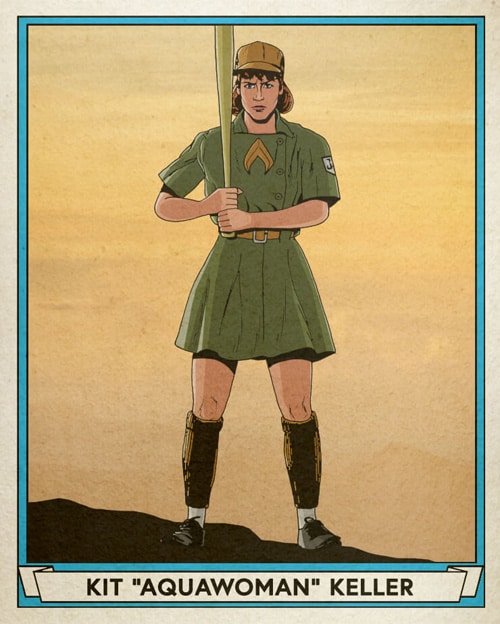 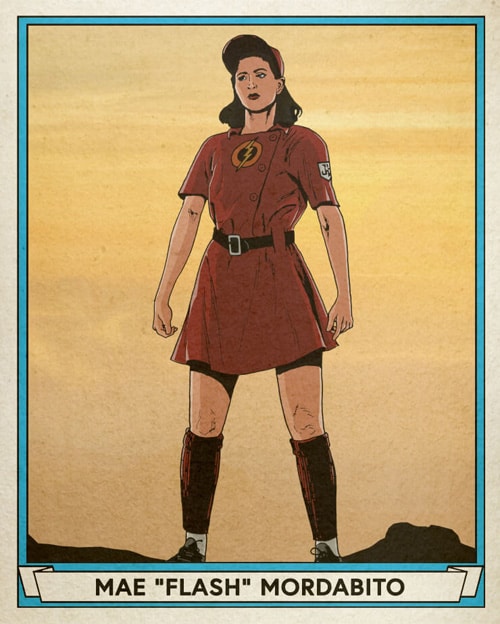 All the Way Mae is definitely a handful that’s for sure, but as the Flash she’s the type to run her mouth and then disappear only to start jaw-jacking a person from a different viewpoint before she disappears again to keep talking so as to keep the other person off their guard. At least that’s how I see her in this role since neither she nor the Flash are really seasoned combatants when it comes to the League.

I really want to know how this idea came about because it’s got me laughing up a storm just thinking about it. The way some people’s minds work is simply amazing.