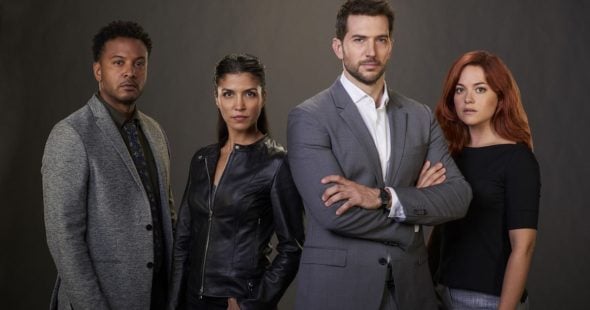 There have been many trends when it comes to television series, especially with the new fad of rebooting series that bring all the feels back for older generations. However, there are also some shows that haven’t seen as long of a hiatus, but are getting that second chance on the air and in front of audiences everywhere. This was the same case for many fans who were thrilled to hear that the drama series ‘Ransom’ was coming back for a second season, especially since the show was initially cancelled after its first season ended in May. Now, we have finally been able to watch the highly anticipated kick off of the second season of the series, which premiered on Saturday, April 7th. Now that the first episode of the second season has officially aired, we are here to tell you what we have learned thus far about what to expect during this new season of ‘Ransom’. Let’s get started.

The new season, or at least, the first episode that we all witnessed, will center around the fact that Eric Beaumont now must use his skills in negotiation to ultimately save the life of his daughter, who has now been kidnapped.

As we see in the first episode, Eric’s daughter is kidnapped by one of his adversaries in the business, Damien Delaine (played by actor Carlo Rota). In order to get his daughter back, Eric must first complete a series of three different ransoms that are challenging both ethically and emotionally as well.

As we can clearly see from the first episode alone, it is more than likely that this season of ‘Ransom’ will up the ante in terms of emotional pull and drama from all different angles. This will also help to draw in better ratings for the series, which was what was ultimately lacking during its first season, and what caused the initial pulling of the plug for the show.

As of now, the second season of ‘Ransom’ is only set to have 13 episodes in total. It seems as though CBS is having a bit more of a trial run with this season once again to test out the ratings and the atmosphere among audiences and fans.

It also seems that, as of now, the second season of the series will feature all of the familiar cast members returning to their original roles. The season, so far, is also only featuring a handful of guest appearances, making it seem as though it is truly picking up right where it left off when it ended its first season and got cancelled back in May of 2017.

Although we are only one episode into the ‘revamped’ second season of the hit drama series ‘Ransom’, it is getting fans all the more excited for the story to continue once again. If you have FOMO (Fear Of Missing Out), and are needing or wanting to catch up on the premiere of the second season of CBS’s suspense and drama series, you can stream the latest episode now!