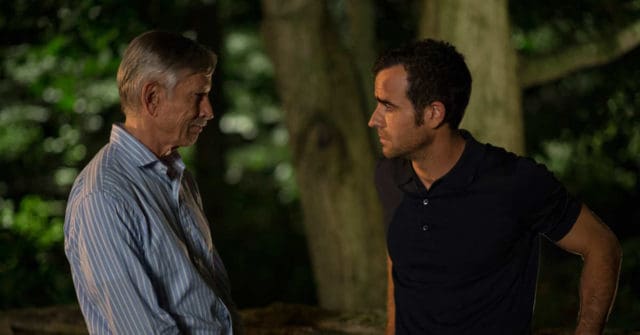 The Leftovers kind of reminds me of the Left Behind series with one very notable difference: religion is not a key factor in this series. The “Sudden Departure” that took nearly 2 percent of the world’s population was a catastrophe that no one can quite figure out, but somehow it almost wiped out organized religion and gave rise to several cults, the largest of which is the Guilty Remnant. The really impressive part of this series however isn’t so much the story itself, but the visuals that were put together to create the show. The artistry and sense of realism that is captured in the visuals is something unique and quite special that might allow you to mourn the loss of the show in a very satisfying manner.

If nothing else it’s a lot of fun to watch how they created some of the best effects of the show.

The corridor scenes were simply awesome.Â

It’s understandable that due to budget issues, safety concerns, and the availability of the necessary personnel and venue that some scenes in TV shows have to be created in a studio. Real submarines and ships would require the use of trained military personnel and could be difficult to shoot given that there might be time constraints and certain rules that need to be followed. This is why shooting in a studio is a lost safer way to go. It can be just as effective and believable as being in the actual setting, but it can also allow for a little more artistic license to be used.

The animal scenes were stunningly accurate.Â

There’s always bound to be something off with CGI animals, be it the realistic flying of dander or the unwarranted reactions that real animals can have to their environment and various situations, but the only gripe that can really be talked about is one scene in which a kangaroo is hit by a speeding jeep. The video game-like quality of it left something to be desired, but not in a gory, we-need-more-blood sense. It’s no doubt very difficult to get the impact just right and to create the effects of a collision, but otherwise the visuals in the show are simply amazing. What’s really impressive is how detailed the animals are and how their movements, aside from the collision, are so true to life. The time and effort put into their detail is definitely worth the money spent.

The landscapes are extremely realistic.

In one setting an impact crater is shown and unless you are a special effects designer or can simply tell the real from the fake backdrops then the effect is dead-on perfect. One could easily believe that the group of cars is converging on the site of a massive impact that likely tore apart the surrounding area. The effects that can be pulled off with green screens and special effects software used to be quite limited, but in the current era it’s nothing less than impressive.

The show might be gone but you can still enjoy the effects and gain a better understanding of how it was made.