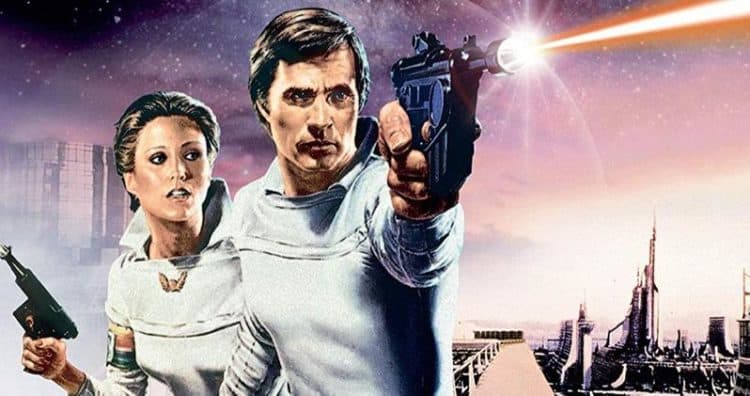 As of right now the Buck Rogers excitement and hype is just that, excitement and hype since there have been no plans made as of yet when it comes to casting or who’s going to direct this movie and possible franchise that could come from it. The fever pitch that has already been seen to be happening since people are already talking about a franchise before a movie has even been launched which means that expectations that this property could be turned into something that might gain a lot of attention but somehow miss the mark entirely when it finally makes it to the big screen. Of course, the hope is that this won’t happen since Buck Rogers was a fan favorite of many people back in the day and it would be a shame to see it mishandled in any way. But there is the worry that something will go awry and things won’t be presented in the manner that people are hoping to see when it comes to this science fiction icon. When you figure that the character originated in the 20s, the 1920s that is, and that the last real show was filmed back in 1979, it’s obvious that Buck Rogers is going to need one heck of an update to stand tall when it comes to the audiences of today since so much science fiction has been passed in front of the audience that it takes a monumental effort to really wow people to the degree that’s needed for something to stick around long enough to be given a movie and a TV show.

It’s not a horrible idea really, but it’s also not entirely original to keep bringing back old ideas that are still popular with many folks but have kind of had their time in the sun throughout the years and proven to be wanting. The thing is that Hollywood does appear to think that it can revive just about anything no matter how old it is or how played out the story feels, and in some cases this is correct. In other cases, though it’s usually better if they let the idea remain where it was and allow fans to find it on their own without trying to bring it back and possibly botching it to a degree that people can’t stand to witness. It has happened in the past, both long ago and recent, and it’s often been seen that fans are divided when it comes to an idea being brought back and butchered in a way that some don’t think is that bad and others happen to think is just horrible and entirely disrespectful. One great thing about Buck Rogers is that there is plenty of material to draw from and it shouldn’t upset people too much to think that it’s going to be getting a serious update and will likely be worked around until the story makes sense and the franchise will be able to take off in a positive direction.

We’ll have to wait and see how things really go since at this time there’s not much in the way of planning or any decisive moves being made, or so it sounds, so there’s nothing to say that the movie is going to happen anytime soon or that anything is ready to go. With all the safety protocols that are being taken seriously thanks to the pandemic, it’s pretty obvious that a large number of movies aren’t able to get off the ground as quickly as they would like at this time since there’s simply too much concern with being safe and maintaining the social distancing rules that many companies are abiding by. Some studios are finding it possible to get back in the swing of things in a way, but as far as any new projects go it’s likely that a lot of them are going to take a while before they get up and running as they were at the beginning of the year before the coronavirus hit. Some movies are able to continue filming while others are bound to take a while due to several different factors, and it’s very easy to think that a movie like Buck Rogers is going to involve a lot of different elements that will need to be thought out and discussed before any concrete plans can be made. The idea of upsetting anyone that happens to enjoy the story probably won’t be a huge concern, but making it into something that people will spend money on will be a huge concern, and getting that money back will be another concern without a doubt since unless it’s going to start off as a TV show, which doesn’t sound like the plan, one can only assume that Buck Rogers is going to be a spendy movie to make.