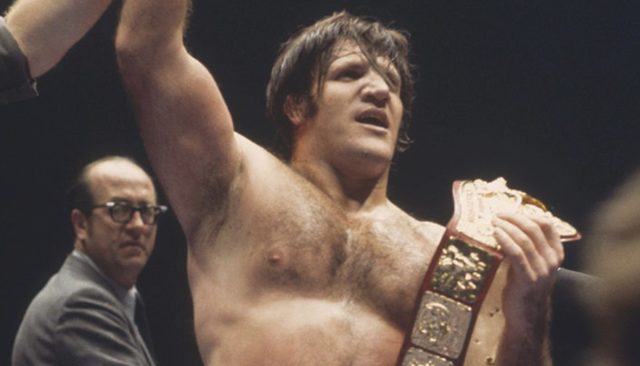 A wrestling legend has passed away yet again, and this time it’s the man to hold the championship for the longest period of time ever, Bruno Sammartino. Bruno comes from an age of wrestling which today’s fans will never know since it’s time has come and gone. The glitz and glamour of today wasn’t present back in his time, at least not to this extent. The kind of career Sammartino had was something that hearkens back to the day when the wrestlers weren’t the superstars they are now and didn’t pull in the big bucks that they demand in the current era.

Of course back then the issue of money was something far less than it is today. While people wanted to get paid there were constant mixups on who was booked to wrestle where and as a result Sammartino actually got suspended at one point after missing two bookings he hadn’t even known about. He ended up being suspended in both territories that he missed as well a California, which had been his destination at the time as he’d been seeking a different venue. His belief that Vince McMahon Sr. had set him up by over-booking him was never founded but it could have been a valid excuse to trip him up a bit. Because of this he had to return to Pittsburgh where he’d started and become a labor worker. It wouldn’t be until 1963 that he would come back to the WWWF, which would later become the WWF and then the WWE. It was there that he won the world championship and would onto it for an amazing seven years, the longest that anyone has ever held a title. Imagine someone holding a title that long now, people would lose their minds and Twitter would be on fire with all the opinions it had to field.

His final match was in 1987 when he teamed up with Hulk Hogan to take on King Kong Bundy and the One Man Gang. He and Hogan would go on to win the match, and Bruno would later on go on to influence the show behind the scenes for a while. He wasn’t a big fan of the direction that Vince McMahon, the current chairman, was taking with the company, particularly the use of steroids and other drugs as well as the horrible story lines that kept being dished out. It seems safe to say that he didn’t really enjoy the Attitude Era since it was little more than violence, attitude, and a general disposition that was anything but respectful to the sport. Sammartino was very big on tradition and didn’t enjoy the kind of angles that were being given to promote the show, which was basically turning into a soap opera back in the 80’s with its many different story lines. The integrity of the sport was something that he wanted to preserve.

Throughout his long career Sammartino remained a man that lived by his integrity and was never afraid to accept a challenge. He’s going to be sorely missed. Rest in peace sir.