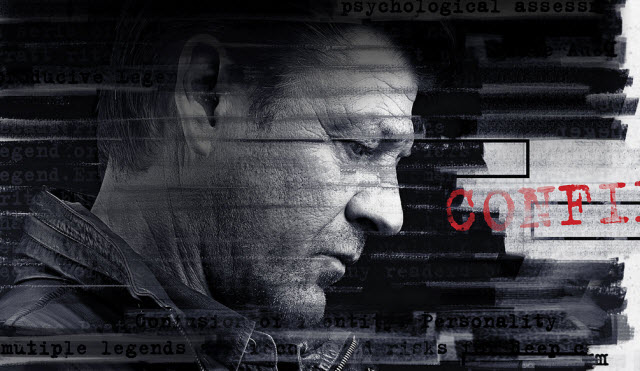 Legends is bad. I actually dread reviewing this show. It’s worse this week because it actually opened with a cool recap of last week and gave me false hope that I might actually not hate myself after.

It isn’t even fun to make fun of anymore. I don’t even want to make jokes about it anymore. It’s like making fun of math tests, airplane food, or the DMV; how many times can I rage the same rage?

I’m like 57% sure that this is a punishment for a past life. Like, instead of sending me back to Earth as a future victim of torture or someone who gets run over by a train some god or whatever decided that the only appropriate punishment for a garbage pail of my category was to review possibly the most soul-sucking bad television show of all time.

And I watched Dads. DADS!

How is Legends this bad? How? How is it possible? It has Sean Bean! It has Steve Harris! It has Tina Majorino! Ali Larter! Jesus H ROOSEVELT CHRIST WHY ARE THESE ACTORS BEING PUNISHED?? WHAT DID WE ALL DO?

The Worst of the Worst:

Hani Jibril is being taken to arraignment to meet her lawyer. She is taken by Nelson Gates (why in the world the head of the DCO is walking a prisoner down is beyond me) to a waiting SUV. Standing by the SUV is Martin Odum, out of legend. She confronts him, jumping up all in his business about “lying” to her. This makeS NO sense o n like three different levels forreal for one why in the bald eagle f-word would they take ODUM out of legend and blow that cover to Jibril?????????????????/ WhY??!????? IT doesn’t make any sense they don’t want anyone to know who Sebastian Egan is yet they just drop out of legend to Jibril what if they needed to trick her with Egan or ANY NUMBER of thingS??????

Oh my god. It’s even worse now that I’m writing it down.

And of course, when Jibril pleads with Crystal to believe that she’s innocent, Crystal does, because Jibril “looked her in the eye”.

Looked her in the eye.

The highly trained DCO agent looked into the floating sack of colorful jelly of a potential terrorist with some very incriminating evidence against her and just BAM! BAM BAM BAM! WHAP! BELIEF!!!!!! OUT Of thin air call it Jibriligion. JIBRILIGION!!!!!

Holy monkey that wasn’t even the best part. Crystal and Odum are talking and Crystal says that FBI school (whatever its called) didn’t teach her how to deal with people WHO TWIST THE LAW TO PERPETUATE INJUSTICES.

FIFTEEN SECONDS LATER she implicitly signs off on Maggie STEALING data from an American company without a warrant. This show has to be satire. It has to be satire. That is literally too blatant to be writerly mistakes. I cannot make this up. It’s like god was watching bad tv and got tired of it and made this television show as a template for what NOT to do. The TV Commandments, from the top of Mount Vesuvius or Olympus or whatever.

Now I’m just being ridiculous. And acting more than a little like a jerk. I actually do feel bad about it, but it’s just really disheartening. All of this good tv, so recently, and now this.

OH ANOTHER BAD PART Maggie just randomly comes into Crystal’s office and tells her she’s been looking into his life and that it looks just like a legend they would set up for an agent (because THIS is the appropriate time to drop that: in the middle of a terrorist attack), and Crystal, smartly, tells her that she can’t deal with that right now, because, of course SHE CANT THERE WAS A BOMBING LIKE TWO DAYS AGO.

The Arcadia guy talks to the Evil Prince over the phone about sensitive information but after the Sebastian Egan article comes out about the link between Arcadia and Evil Prince Arcadia guy flies to Saudi Arabia to talk to Evil Prince face to face. I don’t think I have to tell you why that’s literally the dumbest idea of all time.

They kidnap Egan as a way to force him to give up all the names of the people who have the evidence but they use a known terrorist on the watchlist to pick him up because parading a kNOWN TERRORIST THROUGH AN AMERICAN AIRPORT IS SO SIMPLE AND SMART YEAH GOOD WORK TERROR CELL instead of using someone local to just pick him up. Just pick him up and then dump the body of the local. Why not do that? Why not? Why?

The Egan cover is dumb, as I said, and the Saudi Arabian Evil Prince knew that Egan was Martin Odum (because it wouldn’t be THAT HARD TO FIND OUT) and kidnap his family. They play it like a big reveal but come on son. Come on son. Evil Prince is hella wealthy and Evil Prince is also very powerful. Egan has a habit of tugging on the tails of evil, wealthy people. They just now figure it out??????

I am going to bed now. Also the title is bad.

See you next week for the EXCITING TWO-HOUR FINALE!