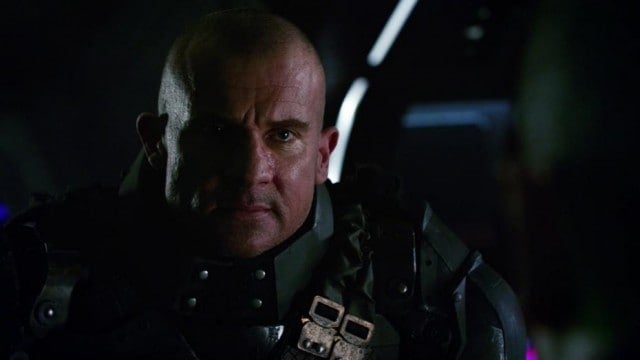 So, a few episodes back the bombshell about Mick being Chronos was dropped. It made for a nice cliffhanger but obviously, there was more to the story. The show spent a lot of time making out Mick to be some sort of villain. Of course he was still the guy that chased the Legends throughout time and space intent on killing them, but the sudden revelation that he used to be one of them certainly influenced their attitudes towards him. As we know, it culminated in the team trying to ‘turn’ Mick back to the light side of ‘The Force’ to no effect. Little did they know that beating up his life-long partner in crime would finally turn him away from ‘The Dark Side’. But you have to wonder if that’s really enough. Below I list reasons why Mick is actually a mole for the Time-Masters:

1. He’s Spent More Time With The Time-Masters Than With The Legends: 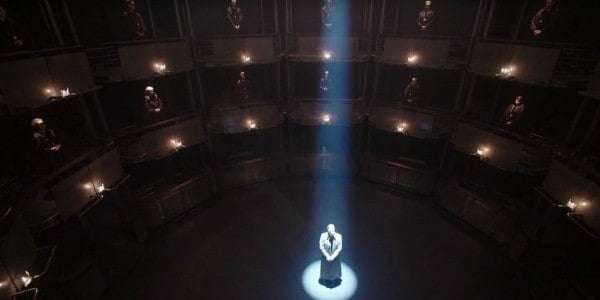 The First reason is simple enough, really. No one really knows how much time he spent at the vanishing point. If time doesn’t pass at this vanishing point, then lifetimes could have passed before Mick set out to hunt the Legends. That kind of time is enough to turn a saint into a devil and Mick was a devil to begin with. In contrast, how much time did he spend at the Waverider? About a month perhaps. You might argue that he spent years with Mick and those years mattered a lot to him. Which brings me to my next point:

2. He Feels Betrayed By His Life-Long Partner In Crime:

Snart gave up a world where he and Rory could have been kings. And for what? So that he could prance about time and space saving the world. At this point, Mick had to feel some level of betrayal. This betrayal could have been the last straw in Mick’s journey to ‘The Dark Side’. Not to mention, he left Mick for dead in a strange new world. That had to sting. So you can imagine how much love is lost between the two former-partners.

3. He Blames Rip For His Loss: 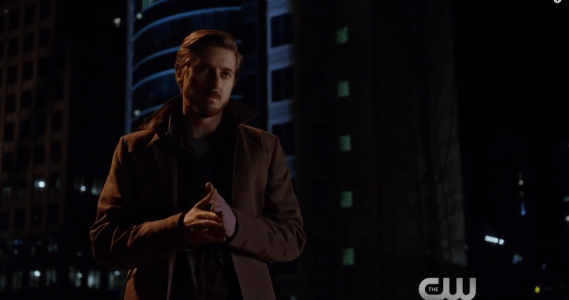 This one’s pretty simple. He blames Rip for everything. He thinks it’s Rip’s fault that he had to leave Central City. He blames Rip for Snart’s heroics. Of course he’d want to get back at him. How does he do that? Sell him and his team out to the time-masters. How does he utterly destroy Rip? By taking his revenge away from him. As Rip took his job and his partner away. Just good old fashioned payback definitely sounds like Rory to me.

4. Who Knows What He Was Promised In Exchange For Rip?: 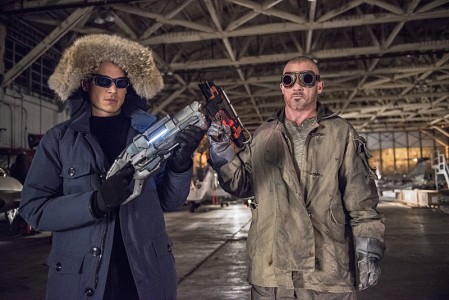 We can all sit here and pretend that Mick was destined for heroics. But even in The Flash, Snart was always the anti-hero calling all the shots while Mick was referred to as ‘The Muscles’. Maybe the Time Masters promised him gold and plunder. Maybe something to satisfy his inner pirate. Whatever it is, Mick definitely sounds like the guy to take that deal. Either way, I sense a betrayal coming.

5. Something Similar Is Happening On Arrow: 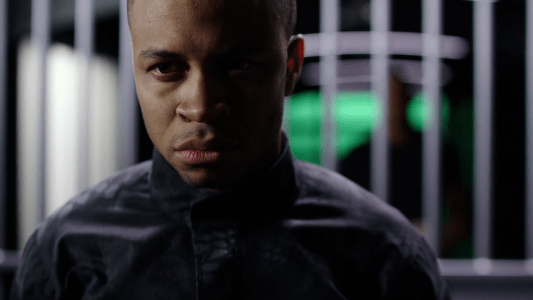 You know Arrow, right? Granddaddy of the Flash and Legends of Tomorrow. Well if you’ve been watching that show, you’ll know that something like this is happening there too. What basically went down was this: Diggle found his long-lost brother after his supposed death. Then he captured his brother only to find that Damien Darhk had done a terrific job of brain-washing him. Diggle spent a lot of time trying to turn him over to their side to no effect like our Legends. Then Mr. Diggle pops out a deck and says: “Hey let’s play cards” and after a game of Poker, Andy is all #TeamArrow. But then he betrays Team Arrow which leads to Black Canary’s death and a horde of angry Arrow Fans screaming for blood.

6. He’s Probably A Hunter Himself: 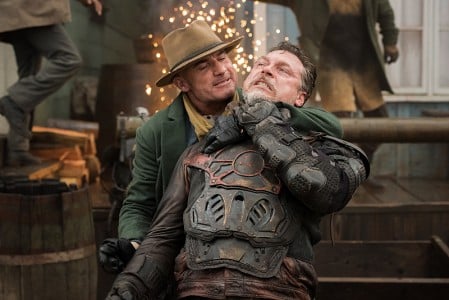 In “The Magnificent Eight”, the Legends hide from the Hunters in The Old West. The Hunters are supposedly this elite team of Time Masters who hunt outlaws like Rip. But as we know, it was him who was hunting Rip to begin with. My guess is he was part of ‘The Order of The Time-Hunters’ and was the first hunter dispatched by the Time-Masters. Now he may have killed his fellow hunters to mantain his cover but he probably resented it. He’s definitely going to want to avenge his partners.

I’ve said it before and I’ll say it again: Mick is not the same man that he was. I don’t know if you’ve noticed but his knowledge of the fabrications of time have recently surpassd that of Rip’s. He’s a lot more cunning and a lot smarter now. No longer the dumbest in the team, he talks more sense than Professor Stein does these days. Who knows what he’s hiding? We’re just gonna have to wait and see. 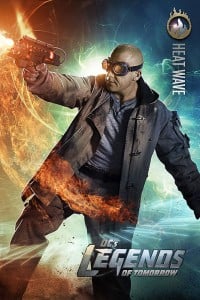 In the end, I’ll say this. Even if Mick does betray the team, doesn’t mean there isn’t any hope for him. He’s been an established member since day one. I think sometime around the finale or maybe even next season, Mick might sell the team out and then come back to save them proving himself a true member of the legends. Right now, he’s simply either a pawn of the Time Masters or a broken man.