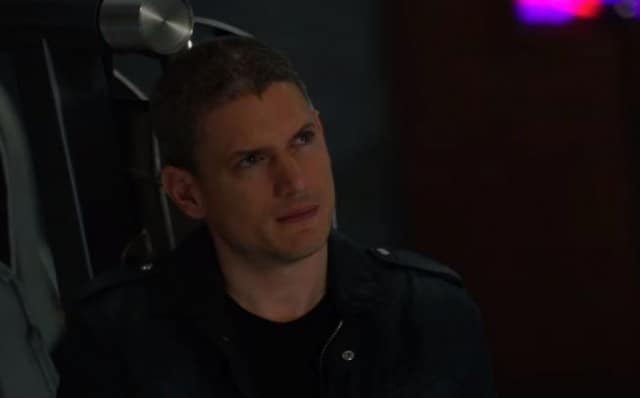 Captain Cold is always a wild card onÂ Legends of Tomorrow; you never really know what the guy is going to do next. And that’s why it shouldn’t be too shocking to see just how little Leonard Snart cares about changing history in this sneak peek from tonight’s episode, titled “Blood Ties.”

In the video below, Wentworth Miller discusses tonight’s all-new hour of Legends of Tomorrow and teases that we may learn more about Snart’s past as he, Heatwave, and Jax travel back to Central City to steal a priceless jewel. In the brief clips we’re shown, the three men talk about how Captain Cold’s father was a thief, and how messing around with the timeline could cause Snart to disappear from existence. Does this mean that we’ll see the guys interacting withÂ a younger version of Snart’s father? We’ll have to wait and see.

Legends of TomorrowÂ airs Thursdays at 8 p.m. on The CW. Check out the sneak peek from “Blood Ties” below: