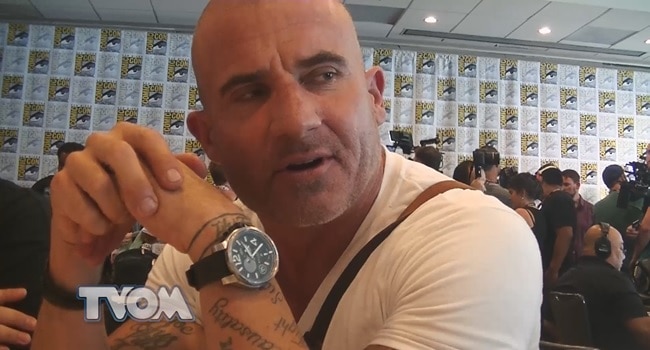 At this year’s San Diego Comic-Con, TV Overmind participated inÂ the Legends of Tomorrow Press Room with several outlets to chat with the cast and crew behind the show to get some insight into what is coming in Season 2. Dominic Purcell, who plays the former villainous Mick Rory a.k.a. Heatwave, was one of the great talents we spoke with as he teased what’s happening in the 2nd season and what’s coming up for our time traveling legends.

-How Mick will be going on this season without his partner, Leonard Snart a.k.a. Captain Cold (Wentworth Miller).

-The process of developing his further relationships after Mick became Chronos by the Time Masters.

-Whether or not he knew early on that Mick was going to become Chronos in Season 1.

-The continuing buddy relationship between Mick and Ray Palmer (Brandon Routh) a.k.a. the Atom.