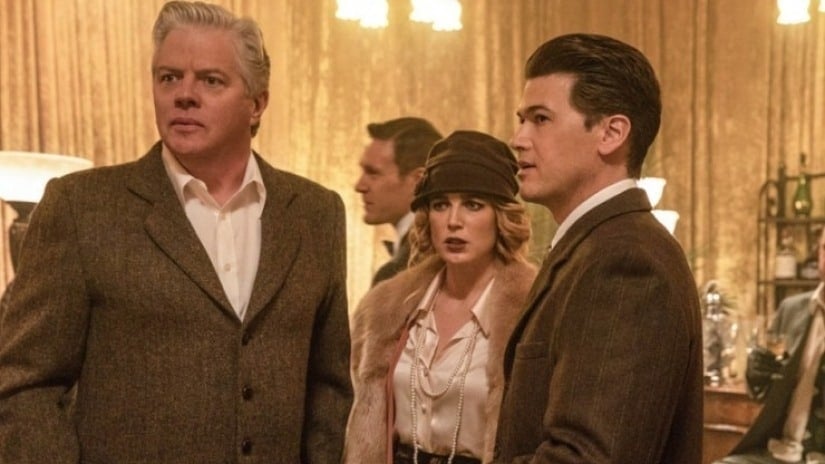 When it comes to government-run facilities, thereÂ tend to be budget cuts. In this week’s episode of Legends of Tomorrow, Hank Heywood confronts Ava about how much money the Legends are spending on theirÂ missions. Oh, and he comes face-to-face with Ernest Hemingway and a living, breathing Minotaur in 1920’s Paris. Yeah, just another day at the office for Team Legends.

The whole premise of a surprise inspection from Hank Heywood (thanks to Nate’s suggestion for a ride-along) is amusing, to say the least. It’s like when you have to neaten up your bunker in the military or else you would have to do hard labour. That, or frantically cleaning up everything in your house when people come over unexpectedly. Either way, it involves a lot of running around like a headless chicken and making sure that it’s all neat and tidy. Though now Hank knows what the Legends do and will be out of their hair for a while. That is until we find out what Project Hades is and what role Hank is playing in it.

I felt a bit sorry for Nate when he finally saw Charlie/Amaya when he brought his father aboard the Waverider despite the rest of the team trying their hardest to prevent that from happening. He thought that she was really his ex-girlfriend and after he hugged her, Charlie punched him. It’s a good punch, I’ll give her that, but Nate didn’t deserve that. Though I am intrigued as to how he was able to figure out that Charlie’s not really Amaya. Guess the Time Bureau really does know everything. They’re like the fictional version of the NSA in a sense so I wouldn’t put anything past them.

Speaking of the Time Bureau, Mona is officially the caretaker of the magical creatures that are kept in individual cells. Her overeagerness to impress Ava backfired and the two ends up trapped in Nora Dhark’sÂ cell. The latter prevented Ava from opening Ray’s letter to her. Though on the upside, the three ladies got to bond a little by sharing their life stories and a bottle of rosÃ©. Where did she even get that anyway? Also, more Ava/Nora/Mona girl time, please!

I totally agree with Nora when she said that Ava is lucky to have a normal life even if it’s fake. At least she never had to go from one mental institution to another and be part of a death cult and a vessel for a demon. I can also relate to Mona when she revealed that the reason that going to law school is her Plan B is that her Mom wants her to be a lawyer. Mothers may know best, but in some cases, it’s better to listen to one’s gut than one’s mother. Just saying.

Back to the mission, the Legends finally face the Minotaur when the latter storms into the bar in town about to wreak havoc and kill everything in sight. Nate comes up with a plan to lull the beast to sleep with a lullaby played on a lute. It almost worked had not Hemingway accidentally fire his gun into the air when Sara tried to stop him.Â Hank then picked up a guitar and sings James Taylor’s Sweet Baby JamesÂ to put the Minotaur to sleep. Well done, Captain Heywood! Nice singing, by the way!