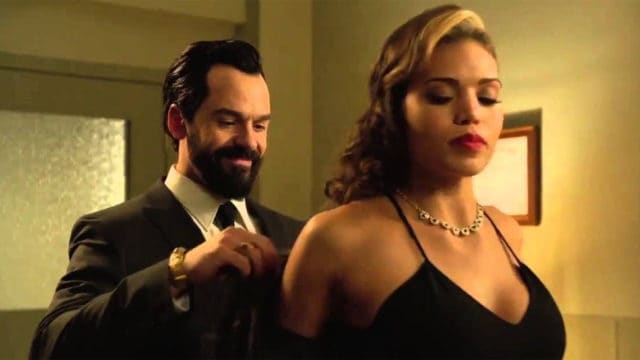 The show, Legends of Tomorrow, sometimes has the tendency to be too trivial. With that said, when the show has a great moment, it truly has a great one. In this episodes, the Legends are in the 50s, and they encounter some of the biggest problems they’ve encountered since getting together–and all of it deals with just the daily challenges of being in a time when technology was not as developed compared to the time from when they came.

This episode had a lot of important details, messages, and implications. The first of which is Jax’s struggle to deal with the prejudice that existed against black people during that time. Sara also had to deal with the prejudices of being female during the 50s. It’s a part of history that was too close for the Legends to consider dramatic, but they soon realize all the changes that have happened since that time were all important to the progress of humanity.

They had to deal with a slasher in this episode, and Rip decided to split up the team for efficiency’s sake. We see Ray and Kendra act as a 50s couple; Sara and Stein worked at a mental facility; Jax kept up with his teenage persona to search for three teenagers that have disappeared; and Rip and Captain Cold decided to pose as FBI agents to poke some further questions at the local sheriff’s office.

From then on, the show pretty much just highlighted everything that was wrong with society back then. Off the bat, Ray and Kendra, pretending to be an interracial couple, had to contend with a ton of judgment from their neighbors. They moved in right next to Savage to get close to him, but it soon proved to be a more difficult task to fulfill than what they initially thought. This fact is especially true, since the team has dealt with a lot more dangerous situations. They didn’t realize how dangerous wrongful sentiments could be as well.

At the mental institution, Sara and Stein were subject to stereotypes as well. Sara immediately notices the different treatment that female workers used to get. She takes to one particular woman, Lindsay Carlisle, who was suffering from workplace issues when it came to sexuality. This part of the show highlighted how far we have come from the way we used to treat women and other members of our society that identify differently when it comes to sexuality.

This episode solidifies the mental and emotional turmoil that people go through on a daily basis. This made the Legends realize that it isn’t always about fighting the big bad wolf that wants to blow the Earth down. Sometimes, it’s about fighting the next-door neighbor that’s prejudiced about people of color. Sometimes it’s about taking a stand at workplace injustices. Sometimes the fight is internal; it’s about having the strength to overcome personal doubts and the courage to accept one’s self despite of what society is telling you to do. Sometimes, winning is not about beating a bunch of mutated flying teenage-hawks. It’s about doing the right thing and standing up for what’s you believe it.