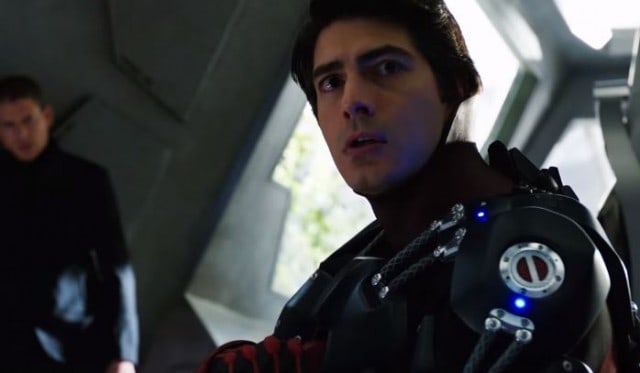 Ray Palmer is front and center in the latest promo forÂ DC’s Legends of Tomorrow. However, the most entertaining scene in the 30-second teaser may come when The Atom shares the screen with another one of DC TV’s famous heroes: Green Arrow.

In the video below, we get a quick look at a conversation between Ray and Oliver, as the former tries to explain just what exactly he’ll be doing with his new team.

“What do you know of this Captain Hunter?” Oliver asks him.

Also, similar to the other character-focused Legends of Tomorrow promos that have come out in recent weeks, this video provides Ray with plenty of monikers, calling him “maverick,” “inventor,” and “rebel,” just to name a few. That last one, “rebel,” is quite interesting; perhaps we’ll see a more rebellious side to Ray inÂ Legends.Â

Legends of Tomorrow kicks off next Thursday, Jan 21, at 8 p.m. on The CW. Check out the new, Ray-centric promo below: