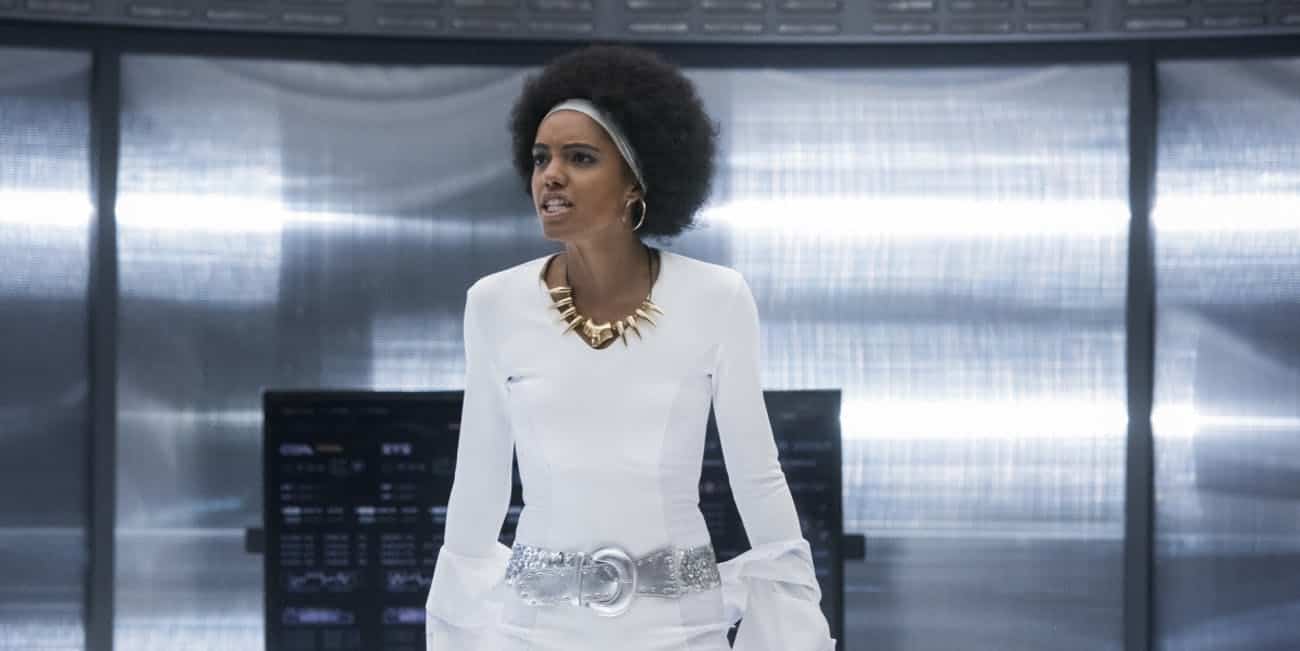 We all want to change the past. To right the wrongs that we have done and to redo the decisions that we made. In this week’s Legends of Tomorrow, the past continues to haunt Constantine as the team head to 1977 London. Oh, did I mention that they’re going to come face-to-face with a shapeshifting Leprechaun?

The opening scene made me sweatdrop. The Queen of England takes part in a punk rock band concert and rocks out hard with everyone in the building. I know that it’s an aberration, but it’s still hard to imagine someone like the Queen enjoying herself at an event like this. Guess this is what time aberrations are: normal people in history doing things that they would not do. I suppose it would be like Shakespeare writing movieÂ scripts or something and not those famous plays and poetry that made him who he is.

When Ray had to steal one of the Corgis, my eyes went wide as the dog walker just told him to take one. Then I realized that Sara influenced his reaction since she knocked two security guards unconscious. The Palace needs to review their criteria for their security detail. I mean, two guys just got their butts handed to them by a petite blonde. Then again, they are dealing with a blonde who can really kick-butt so maybe they should take some martial arts classes or something.

Meanwhile, in Liverpool, Constantine is drowning his problems away with a glass of beer in a bar. Though it’s not just any pub. It’s his mother’s pub. Looks like Zari’s not the only one who wants to relive the good times with her family. Unfortunately, this particular family reunion did not go so well. Constantine tried to kick his father Tommy in the nuts but couldn’t because then the Hellblazer would erase himself from the timeline and we can’t have that, now can we? I do understand his need to take his anger out on his old man. I mean, the guy told his son that Constantine is the reason why his mother died (the latter passed during childbirth) and the Hellblazer resented it ever since. At least he won’t have to see his parents again after that fight that he had with his father.

Back to the mission, the team tracked the band to their place of residence. I want to say hideout, but they’re not exactly criminals. Anyway, before the big takedown, Ray had a heart-to-heart with Charlie (who is the magic shapeshifting Leprechaun) and tried to stop them from sending Charlie to Hell. I first thought that it was Ray shooting at the rest of the Legends when it was Charlie the whole time.

The part where Constantine took away Charlie’s powers to transform when the latter took on the form of Amaya, I all but cheered. I am assuming that this Amaya will be part of the team (to an extent) until Nate is able to return to the Waverider? Good thing Sara chose not to tell Nate about it after he told her the real reason why he’s taking a desk job at the Time Bureau instead of saving the world with the Legends. Hope they can deal with Charlie/Amaya before Nate returns to the team. Fingers crossed!

Everyone on the Waverider is a punk except for Ray. Wow. Did not know that until now.

Who came up with the whole leprechauns having the impulse to count grains? Do they actually do that?

Did Gary know that the plant he gifted to Nate is carnivorous? Nevertheless, he didn’t have to lose the other nipple this time around. #winwin

When Sara asked Mick if they should do a QB or Wet Works as a distraction for Ray to nab one of the Royal Corgis, what does it mean? Is it slang for something? DC Universe experts, a little context, please?

Declan’s not even Irish?! What?! From his appearance, I thought that he is. Note to Self: Never judge a book by its cover. Side Note: Since when does talking like one is Irish more “street”? I guess it’s the same thing as someone talking like a gangster. #Shrug

Ray fixed Zari’s air totem. It’s now a stylish bracelet that can do more than just be a fashion accessory. Kudos, Ray. Kudos.

The new girl Mona looks like the perfect love interest for Gary. Their personalities match fromÂ what I have seen during their brief interaction. Shout out to Ramona Young for bringing Mona to life! In addition, sorry for the Men in Black treatment! The Time Bureau is hush-hush so no telling!

Aww…Nate and Gary are Time Bros. How cute!

Horizontal time zones. I am intrigued.