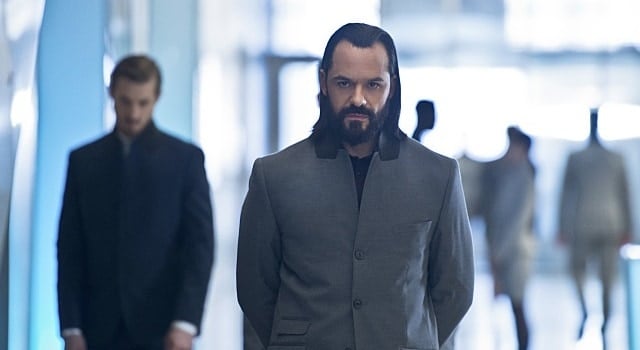 While there were tons of exciting aspects with this week’s episode of Legends of Tomorrow as we went into the future, saw Ray’s technology having an interesting presence and more, the episode just felt lackluster and didn’t really do much to progress the overall story, as nothing got really “accomplished”.

Something that needs to be pointed out is that this episode by no means was bad or anything, there are several good storylines that are featured here that get you hooked in. We get to see flashbacks from one of Kendra’s past lives with Carter and their young son where they reveal to him who they really are and that Vandal Savage is coming for them. I can at least appreciate these flashbacks more than I can with their sister show, Arrow, that hasn’t had the best luck this season with their flashback storytelling.Â Although the one thing that I will question with Kendra’s flashback was, what were they supposed to convey for the story that was taking place in the moment? Was it to reflect that she still thinks about Carter and has a love for him, despite that she is happy with Ray? Did it have something to do with her connection to Vandal? I wasn’t really sure, although it was nice seeing Falk Hentschel again and boy, does clean shaven make him look completely different or what!

We went to the future as they were planning on killing a young Per Degaton, who I believe is an old Injustice Society villain from the comic books, but I could be wrong as I’m not familiar with this character at all. The problem with this wasn’t the plot itself because it did put Rip in a challenging position which is where the issue lied: it was predictable that he wouldn’t do it. Despite that we went to the future, that had incredibly impressive looking sets that was more than I expected, it just didn’t feel that we got anything done.Â In the end, Per still gets lured by Vandal to take out his father and the timeline still remains the same as Per becomes an important instrument to Vandal taking over the world in the later future. When you are using time-travel as part of your storytelling and part of ways to move plots forward, then you have to have something happen each time. Here however, nothing really gets affected as we take no steps forward or backwards. Otherwise it just feels like a huge waste of an episode and so far, as they have been trying to stop Vandal, they haven’t really done much, if you think about it.

Speaking of things that were wasted in this episode, we had a guest spot by Firefly fan-favorite Jewel Staite as Rachel Turner who is revealed to be the great-great-great-great granddaughter of Ray’s brother. I was letdown by it for two reasons as 1) her character wasn’t written as anything unique, she didn’t have any sparks and felt like a wasted guest spot. Number two: since when does Ray have a brother that just happens to look a lot like him, but yet isn’t his twin? It just felt like a convenient plot device that in the end, didn’t really feel like it was put together that well.

The only thing that got me sucked in was the heart-to-heart (or should I say, punch-to-punch) between the two Rogues, Snart and Rory as they deal with their continuing differences. Overall, while not a terrible episode, “Progeny” just didn’t feel like it did anything to move things forward as we just went to the future for sight-seeing at most, with a few cool action moments and then…nothing.

The Legends has to kill a kid that will play a huge part in Vandal Savage’s big plans in the later future on this week’s Legends of Tomorrow.