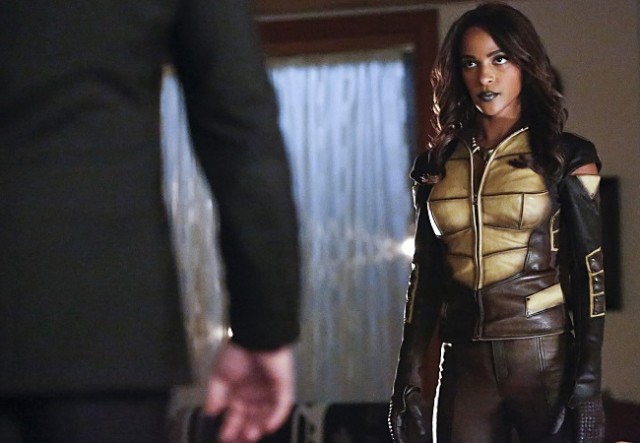 Legends of TomorrowÂ Season 2 has added its first new recruit to the superhero team, and the character will be both familiar and very different for fans of The CW’s DC television shows. As first reported by TV Insider, Vixen will be hopping on the Waverider and joining theÂ Legends of TomorrowÂ team in the show’s second season, which premieres this fall, but there’s a twist. Unfortunately, Megalyn E.K., who voices Mari McCabe on the CW Seed animated series and guested onÂ ArrowÂ as the character this season, will not be able to reprise her role onÂ Legends.

As TV Insider reports, E.K. is currently working on the sorority comedyÂ Step SistersÂ in Atlanta with fellow TV stars Eden Sher fromÂ The MiddleÂ and Matt McGorry fromÂ How to Get Away With Murder. Following her work onÂ Step Sisters, the original Vixen actress will be unavailable to take on the series-regular role due to possible upcoming film projects.

However, instead of simply recasting the role,Â Legends of TomorrowÂ will be introducing us to an “old Vixen,” an individual who may or may not have “some sort of historical tie to Miss McCabe.” Additionally, while a different Vixen will be onÂ Legends of Tomorrow, E.K. will continue to voice the character on the CW Seed series, and the door is open for her to guest star as Mari on any of the DC TV shows whenever she’s available.

Legends of TomorrowÂ Season 2 kicks off this fall Â and will continue airing on Thursdays at 8 p.m. on The CW.

Legends of TomorrowÂ fans, which actress would you want to see take on the role of Vixen, and how do you think that Rip and the team will encounter this new version of the character? Do you think she will have anything to do with the Justice Society of America, which was introduced in the Season 1 finale? Comment below and let us know.