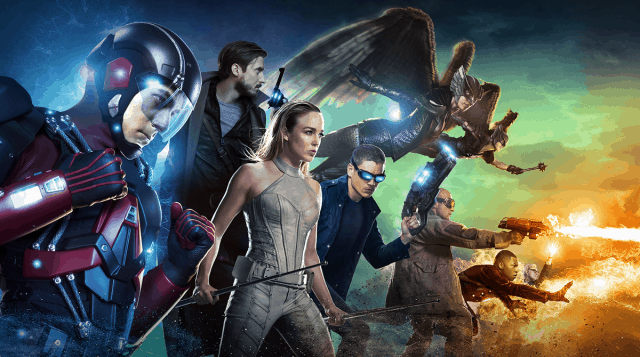 At a glance, Legends of Tomorrow seems like just another spin-off of Arrow that can’t possibly live up to The Flash. Upon a closer look, it’s so good that it’s outpaced both shows in just nine episodes. Legends has eight main characters — a refreshing deviation from the typical “one hero, some friends, and a sprinkle of parental figures” recipe that most shows follow. Arrow has Oliver, the members of Team Arrow, and Lance/Momma Smoak; The Flash has Barry, friends at S.T.A.R. Labs, and Joe. In contrast, Legends has eight equal teammates, with none rising to be the Main Character. (Although Rip is technically the leader, he actually gets less screen time than the others.)

This difference leads to several benefits.First, a larger, decentralized group illustrates teamwork better — rather than Oliver and Felicity ordering others around, Legends has each member contribute equally to the team. Second, it’s easier for fans to see themselves in a large cast — while I can’t exactly empathize with the fast-and-focused Barry, I have so many choices in Legends: socially-awkward Ray or finding-her-footing Kendra? Finally, Legends uses the size of the team to better develop the characters — each episode, certain characters are matched up with and contrasted against each other. Take Sara, for example: when stranded with Ray and Kendra, she’s the pragmatic voice of reason, and when she’s hanging out with Jax and Professor Stein in a diner, we see her sarcastic side.

These eight characters, too, are incredibly diverse in race, gender, age, and sexual orientation.Only three fall into the straight-white-young-male category (Ray, Rip, and Rory), and none of them monopolize screen time like Oliver and Barry do.Legends is also just better at handling its diverse cast; Arrow and Flash also feature older characters (Lance, Donna, and Joe), but they’re all shoehorned into semi-parental roles, unlike Professor Stein.

The show doesn’t have as much cringe-worthy drama, either. Arrow has relationship drama with Felicity, and The Flash has drama surrounding Wally’s integration into the West family; Legends’s only drama is Rory’s betrayal of the team as Chronos. But, see, that drama is directly related to the plot — it’s not some weird side thing that distracts the viewers from the thrust of the episode. (We did have some side-drama when Kendra and Ray fought about rejoining the team, but it was resolved by the end of the episode. Oh, if only we could solve Olicity drama that quickly.)

Finally, Legends‘s sci-fi aspect sets it apart from the other two shows. I know Flash has science and time travel, but it just can’t compete with an actual spaceship. Arrow has Palmer Tech, but everything the company does is a sideplot — introducing Curtis, healing Felicity’s spinal cord. Only Legends is imbued with all sorts of science fiction, from the setting of most episodes to the ray-gun-pistol-thing that Rip uses. I have only one complaint: the green wavy sky that we see when the Waverider flies is so badly done, it looks like 80’s sci-fi — so unless the show itself is time-travelling, we need some better CGI.