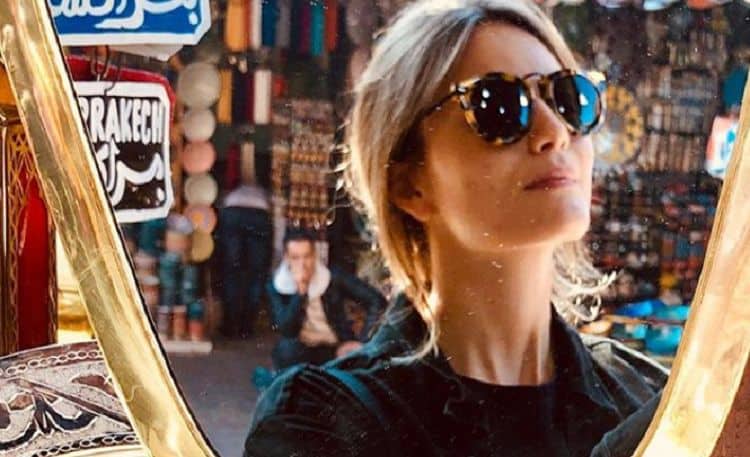 Some people in show business might still have to work but they definitely have a big advantage when they’re considered to be acting royalty thanks to who their parents are. Leila George D’Onofrio is, as you might guess, the daughter of famous actor Vincent D’Onofrio who has been in show business for quite some time both on TV and in movies. One might say she’s following in her father’s footsteps or trying but to be honest it would appear that she’s trying to do her own thing and so far is succeeding quite well. It’s got to be nice to have a famous father to get you in the door, but she has thankfully earned her way up and been able to prove to people that she’s worth the effort and the consideration based on her own talents. Thus far she’s still got a ways to go when it comes to being famous but she’s had a good start at this point and seems to be well on her way to making her career into something worth talking about since trending is one of the best things a person can be known for in this day and age.

Here are a few things about Leila you might not have known.

10. She starred in Mortal Engines.

If you haven’t gotten around to watching it yet you might want to take a look since it does take a bit to get into it, but the idea of entire cities that roll around, float on the water, or exist in the air is kind of an interesting idea since it creates movable islands in a way that are capable of being self-sustained.

9. Leila started out as a camera operator.

She did have to gain the confidence of those around her and as a result she didn’t just step in front of the camera to do it. In a sense this a good way to get a better appreciation for the craft and what it really takes to make it in the business. It’s also a great way to learn humility and remind yourself that it does take hard work to be successful.

So to be honest she hasn’t been on the scene for all that long, which makes the fact that she’s trending kind of interesting since it almost makes one think that she’s banking on her last name, even though she had managed to earn her way to her current position.

7. She’s been dating Sean Penn for a while.

A lot of people have a massive issue with this and it’s no doubt because she’s so much younger than Penn is. But the idea is that each legal, consenting adult gets to decide their own course in life and no one can really tell them otherwise without starting an argument.

She’s got a lot of time left on her hands to create a career and to do what she’d like in order to make her mark on the industry. With her father helping her it seems likely that she might be able to do something great and keep her career moving ever upward.

5. So far she doesn’t have an extensive resume.

Considering that it’s only been a couple of years this isn’t really that surprising since in that amount of time a person might only do a handful of movies and TV appearances at best, and even that could possibly burn someone out if they push too hard. So she’s got time, it shouldn’t be too hard to assume that we’ll be seeing more from her.

So far her followers number in the tens of thousands which isn’t too bad for not being as well known as her father or boyfriend. Plus, there’s a good indication that she’ll be seeing those numbers rise eventually since she’s already on the radar and more people will likely be looking her up eventually.

3. She seems very close to her family.

This is a big plus since her family can help her out so much given their contacts and their experience. If she listens closely and follows their advice and does her own thing when necessary it seems as though she might be able to really bump up her popularity.

2. Apparently her net worth is under review.

It’s hard to just assume what someone’s net worth is at this point but it’s easy to think that hers might be in the process of rising since she’s still gaining experience at this time and could very well be seen to be worth quite a bit in the years to come.

1. She is an educated woman.

Leila has done her time in the classroom and has learned quite a bit when it comes to show business as well.

Look for her to be on the rise.