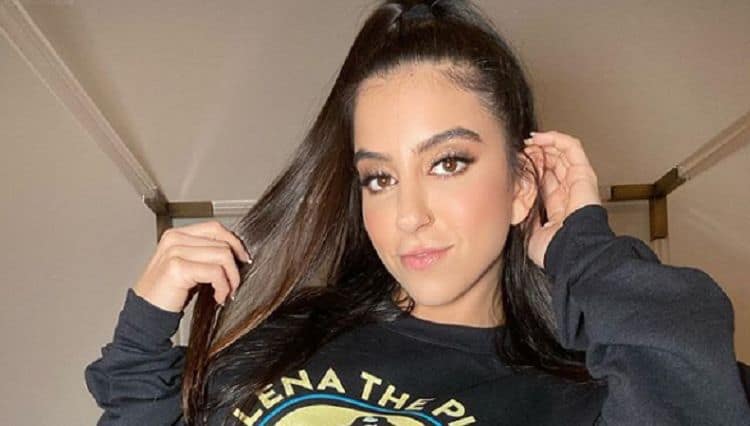 YouTube has become a popular way for people to share their stories on the Internet. 28-year-old Lena Nersesian is one of the many users who is using the platform to her advantage. Best known as Lena the Plug, Nersesian’s raunchy content has earned her 1.5 million subscribers on YouTube and 2.5 million followers on Instagram. Not only does she like to post racy photos and discuss taboo topics, she has also released a few adult videos. If you follow Lena on social media, it’s easy to think you have a good idea of who she is, but here are 10 things you didn’t know about Lena Nersesian.

1. She Is Of Armenian Descent

Lena was born in California, but both of her parents are of Armenian descent. It’s unclear whether or not they were born in Armenia or in the United States. Her culture played a big part in her upbringing and many Armenian values and traditions were instilled in Lena at a young age.

2. She Has Dated Women In The Past

If you’ve ever seen one of Lena’s YouTube videos, you know that she’s very open when it comes to anything involving sexuality. So it probably won’t come as a surprise to most that she’s had romantic relationships with women in the past – especially during her college days. In fact, in 2017 Lena tweeted that she identified as a lesbian in college.

3. She Had A Conservative Upbringing

Given what Lena Nersesian does for a living, I think it’s safe to say that she isn’t very conservative. However, her upbringing definitely was. Lena’s parents were very strict and didn’t allow her to do much. She opened up about this in her first YouTube video where she revealed that she wasn’t even allowed to watch the popular sitcom Boy Meets World. Needless to say, her family isn’t happy with the path she’s chosen to go down, but she believes they’ll eventually come around.

4. Her Social Media Accounts Have Been Banned

When you’re constantly posting ‘inappropriate’ things on social media, you’re setting yourself up to have your account flagged. Unfortunately for Lena, this is something she’s had to deal with. Her accounts have been deactivated several times due to the things she posts.

When people tend to pursue less traditional career paths, most people assume that it’s because they’re lacking the formal education to do something different. Lena Nersesian is proof that that isn’t always the case. Not only did she attend UC Santa Cruz, but she also graduated with a 3.69 GPA and a degree in psychology. She even got into grad school, but decided not to go. If all else fails with her YouTube career, at least she has her intelligence to fall back on.

Lena is no stranger to doing interesting things to make money. Before becoming an Internet celebrity, she worked several different jobs to make ends meet. For more than a year, she was a cashier at a grocery store in Santa Cruz, CA. She also worked briefly worked as an Early Childhood Interventionist in 2014.

7. She’s In An Open Relationship

Lena and her boyfriend, Adam Grandmaison (better known as Adam22), have been in a relationship for over two years. The two have an unconventional approach to dating and have an open relationship. During an interview, Adam discussed their relationship and said “I think ultimately our goal is just to be like really raw and really transparent with each other.” So far, things seem to be working out for the couple and they’re both on the same page with the boundaries of their relationship.

8. She Got Her Nickname From Former Coworkers

Most people know Lena Nersesian as Lena the Plug. The nickname was given to her was given to her by her coworkers at social media startup, Arsenic. Although there’s no full story on exactly why she was given the name, the term ‘the plug’ is typically refers to people who are good at supply people with things they need.

9. She’s Not Passionate About What She’s Doing

If you thought Lena the Plug does what she does because she loves it, you were wrong. Lena isn’t passionate about her internet career, but uses it as a tool to pursue things she actually is passionate about. After all, if there’s one thing her job does offer her, it’s flexibility and lots of money. Perhaps her current line of work is her way of rebelling against her strict upbringing and her parents’ conservative views.

10. She Was Cool With Her Best Friend Sleeping With Her Boyfriend

Having an open relationship is one thing, but Lena Nersesian and her boyfriend took things to a new level when the couple agreed that it would be okay for Adam to sleep with Lena’s best friend, Emily. Apparently, Lena saw no issue with ‘sharing’ her man with Emily. Since discussing their sexual partners was already a big part of their friendship, she should it was only right that Emily get a chance to ‘try’ it out herself.