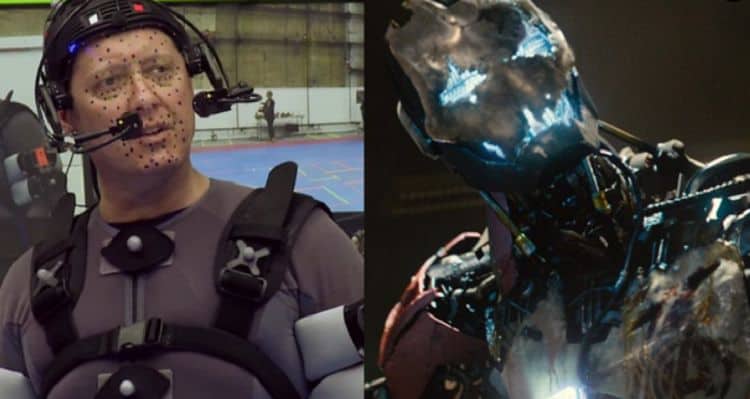 Taking on the role of an MCU villain requires a great deal of study on the part of the actor who is suiting up, but in some cases, it takes even more since there’s one reason why Ultron was so great and it has mostly to do with the acting ability of the man within the motion-capture suit. Don’t get me wrong, a lot of the other Marvel and MCU baddies are just as impressive, but in looking at how they were brought onto the screen there are a few things that can be nitpicked at since for whatever reason those making the movies changed the characters up a bit. Loki, always the prankster, was still evil enough for many but became a lackey at some point, which was breaking character just a bit. Thanos wasn’t nearly as vicious as his comic book counterpart, which was slightly disappointing, and other villains were geared up in a manner that made them easier to defeat and left less of an opening for more movies. But Ultron, who has been a thorn in the sides of the Avengers for so long, and was still killed off way too soon it would appear, was at least given one of the best performances in the MCU at this time. Thanks to James Spader the villain had an impressive and menacing voice and yet wasn’t so over the top that people were rolling their eyes.

Ultron is a scary opponent in the age of technology since he could move in and out of the digital arena at will up until Vision nixed him from the digital world. Even then he could still connect to his drones and was pretty much in control since he had Sokovia up in the air and ready to be dropped. Plus, thanks to his form at that time he was insanely strong and more than a little durable, as it required the combined might of Iron Man, Vision, and Thor to really tear him up. But Ultron’s overall efficiency as a villain came from Spader’s ability to play him in a way that wasn’t too stiff and robotic and yet wasn’t so maniacal that he became a marionette jumping on his invisible strings. In other words, Spader played him as though he was just acting out a role for any other character, and that came off perfectly since it incorporated Ultron into the movie in a way that was eerie to watch but still lent the second Avengers movie a bit more realism despite the need for motion capture. Practical effects and a robotic suit wouldn’t have cut it with this movie since the effect would have been pretty cheesy and not all easy to believe, but putting Spader in the motion capture suit and just letting him act turned out to be the best idea possible since let’s be honest, the guy is a great actor that doesn’t always get the praise he deserves. But turning him into one of the more problematic MCU villains was even better since Ultron is kind of a scary character.

Just imagine someone that can make a multi-million dollar transaction with a nod of his head, or switch bodies in an instant, and use every last bit of technology at their disposal in the most destructive way. It feels as though even Thanos, without the gauntlet, couldn’t stand up to that as easily as some might think. With the gauntlet, many are convinced that Thanos could stomp Ultron into the ground, and they’re probably right, but it would be a fight for the ages no doubt. But letting go of that for the moment, the fact is that Spader played a great role with this character since he was allowed to do what he does best, which is just act. All respect to Josh Brolin and everyone else that has played an MCU villain, but Spader did a great job since he wasn’t trying to go over the top and made it feel a lot more natural. Plus, the fact that Ultron came to ‘life’ and used the busted-up remains of the Iron Legion as his puppets to start with was downright macabre, which brought another element into the movie that was fully appreciated since his ‘birth’ was something that kind of heralded a new beginning and a possible ending if Ultron had had his way. If one reads the comics then they’ll have seen in an alternate reality that Ultron did prove to be one of the most dangerous adversaries of all since his hostile takeovers were far more diabolical than anything that was seen in the movie could have been.

So yes, just about every MCU villain has done well enough in their own right, but James Spader took Ultron to a level that’s hard to match.