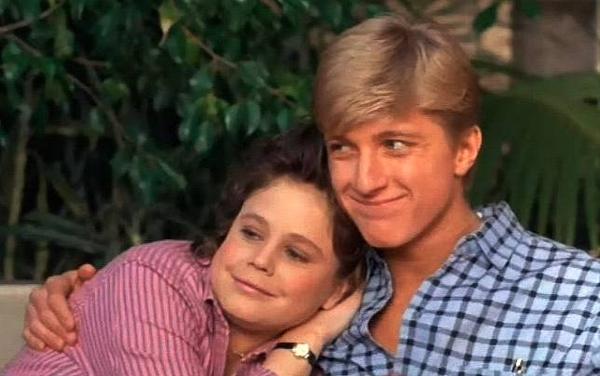 One thing that’s very hard for some people to remember is that William Zabka didn’t always play the role of the bad guy. It’s likely because he played the role of one of THE most iconic villains that he’s remembered in this way, but as we’ve found out, Johnny wasn’t always a bad kid, he just had a rotten teacher. Imagine what might have happened had he been trained by someone with a good set of morals instead of a guy that was more in love with his own brand of toughness than anything else. In any case, Zabka’s role in National Lampoon’s European Vacation, which is arguably one of the worst in the bunch according some folks, was kind of brief since he played the jock boyfriend that was dating Clark’s daughter Audrey, the second in line for that title. At one point and time Zabka really tried to get away from playing the villainous roles since apparently people on the street were hassling him about them. One could possibly admit that a lot of people might not care and might even praise an actor for how convincing they were, but there are plenty of folks out there that take movies and TV shows to heart and tend to think that some actors aren’t really acting but are showing their inner character, or lack thereof.

For William this wasn’t easy to shed since as I mentioned he did play one of the worst bad guys of the 80s and he went on to play the bad guy in Just One of the Guys and in Back to School. To be fair though, Chas from Back to School was more of a poser than anything and was shown to be kind of pathetic near the end of the movie. But Johnny, oh Johnny, he was one of the worst since he took his teacher’s lessons to heart and didn’t let up when he should have. Some folks want to say that Daniel is the really bully in The Karate Kid, and in fact some individuals have even made videos of this pointing out several moments when Daniel was being the aggressor and was the guy in the wrong. Getting this straight, Daniel wasn’t a perfect example of how to go about being the new kid in a new location, as some of us know from experience. High school might be a prison of sorts, but it’s not the best idea to go all in and take on one of the meanest dogs in the hall for no good reason.

He did attempt to step away from the bad guy role and while it might have done well for a while, taking on one of his biggest roles recently has definitely been all for the better since upon taking on the role of Johnny again he’s had a chance to show people that there’s more to the character than the mean-spirited kid that was ready to take on anyone and beat up anyone that got in his face. He wasn’t always the meanest or the toughest, but he also didn’t have a lot of great role models in his life to look up to. The fact that Kreese became his mentor and his father figure was a turning point in the character’s life that was obviously too tempting to resist and extremely hard to pull away from. His time in European Vacation however was basically a there and gone kind of role, something that utilized his current fame to give the movie just a little more oomph to it and therefore a bit more credibility likely since it didn’t really match up to the first movie. And to be honest, none of them match up that well to Christmas Vacation, which is still one of the most favorite Vacation movies out of all of them according to many people. Derrick Rossignol of IFC has a pretty definitive list, and the only reason why the original Vacation movie is up at number one is simple, it was the first and the most classic.

Zabka has actually been around the business for quite a while but catching up with him hasn’t always been easy since he’s starred in a lot of movies that obviously never made it to the big screen and might have escaped a lot of peoples’ notice for a lot of reasons. Despite having a couple of great roles in the 80s he didn’t really gain a whole lot of attention once again until the Buffalo Wild Wings commercial and then the return of Cobra Kai, which is still one of the best shows out there right now. So his stint on European Vacation was kind of funny but it definitely wasn’t the highlight of his career. Still, it’s enough to say he was there.