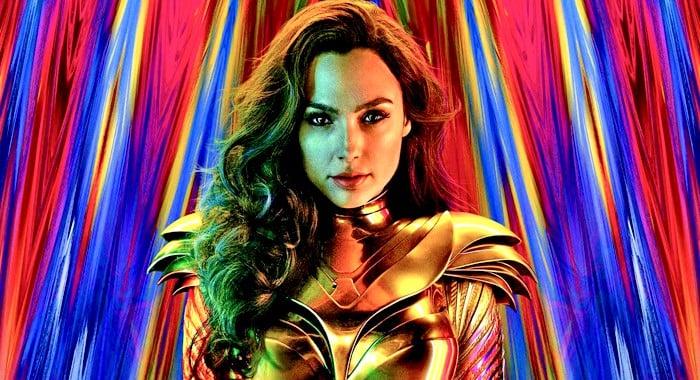 If you’re one of the many people who subscribed to HBO Max this year, you probably checked out the latest DC movie. Remember when Wonder Woman 1984 was supposed to come out last year? In other words, a better year that I wish I can go back to. Well, Wonder Woman 1984 was pushed to June of 2020, then to October of 2020, then Christmas Day. Boy, talk about being patient. I can’t blame them, however. Disney has Disney+ and a bunch of shows coming, and Warner Bros. has no exclusive shows and theaters are still closed.

I really, really want to go back to the theaters again, but these are dark times. When movie theaters aren’t yet deemed safe to return to, streaming services are what’s going to keep us entertained. Now that this dreaded year is coming to an end, it’s time to think about the future of movies. As of now, however, we have to have a discussion about the current biggest movie on streaming.

So let’s talk about the Wonder Woman sequel. More specifically, I want to talk about the villains of the film. I’m going to assume that many people, like me, subscribed to HBO Max to watch the film and if that’s the case, you’ll want to keep reading. If you haven’t and want to watch it on your own, keep in mind I will be spilling spoilers. For those who have watched the film and are curious about the future of the franchise, keep reading.

Now I want to begin by talking about what I thought of Wonder Woman 1984. I enjoyed it and I’m glad others did too. However, it pales in comparison to the first one. That first Wonder Woman movie had a lot of heart and I loved the message it delivered. What surprised me most was the performance of Gal Gadot. That wasn’t her debut performance as Wonder Woman, but her first solo film gave her a chance to show her acting abilities. Along with the direction of Patty Jenkins and Chris Pine as Steve Trevor, the first Wonder Woman became the golden egg of the DC Cinematic Universe.

After watching that movie, the expectations of the sequel were astronomical. Understandably so, but also a classic case of getting our hopes up. So when Wonder Woman 1984 was announced, we DC fans went crazy. And as it kept getting delayed, we kept getting crazier. And when the movie finally came to HBO Max on Christmas Day, the fanbase was split. In fact, it keeps getting even more divisive. Some love it, others not so much, and the movie’s Rotten Tomatoes score is at a solid sixty-five percent. Not exactly on par with the first film’s ninety-three percent, is it? You know what? That’s okay, because Gal Gadot and Patty Jenkins are coming back for a third movie. Maybe the third one will be amazing and I hope it is.

One of the biggest criticisms for Wonder Woman 1984 was Kristen Wiig’s Cheetah. When she was Barbara, she was basically Selina Kyle from Batman Returns. The quiet, shy, and insecure girl who just wanted more. When she got more, it turned her into a villain, but unlike wearing a leather outfit and being a slutty Catwoman, Barbara became a CGI monster. It was a bit unpolished and that’s probably why her scene was at night (much like the CGI Ares), but she sure gave Diana a fight. The only problem is, their fight was only one scene and she turned back into Barbara at the end of the movie. She stared into the sunset, alone and defeated, and she never interacted with Diana again.

She wasn’t the only villain of the movie. The main antagonist of the movie was Maxwell Lord, played by the very underrated Pedro Pascal. The way Maxwell Lord obtained his powers in the movie was by wishing that he was the magical wishing stone that was made by a trickster god. Yeah, it’s pretty cheesy, but hey, DC likes to stick to those old roots. Can’t really blame them for that. He has the ability to grant the wishes of others by touching them, but at the cost of his health. By the end of the film, he nearly destroys the world by granting everyone on Earth their wishes, until Diana shows him the damage he’s done. Maxwell Lord sees his son nearly killed by the chaos, renounces his wish, then goes to him. Such a touching moment and like Barbara, he never interacts with Diana again.

That’s all fine and dandy, but the thing is, Maxwell Lord pretty much got away with nearly destroying the world. He wasn’t killed or even arrested, but he had an emotional moment with his son and apparently learned his lesson. So is he just going to go back to his normal life and be a good dad? Speaking of which, the same question goes for Barbara. She was lying in shame and defeat and refused to renounced her wish, but she wasn’t in Cheetah form anymore. So is she back to being the regular Barbara again, despite not renouncing her wish? This movie left the endings of both villains wide open, which leads me to believe that they will return to fight Wonder Woman in future sequels.

I really think they should, because it wouldn’t make sense to leave their stories like that. It actually makes me wonder if Wonder Woman did confront them again in the present. She didn’t mention it, but a lot of time passed in between 1984 and the present day. Plus, those two villains are her biggest villains. Now that they’ve been established in the DCEU, I would love for them to have another conflict with Wonder Woman.

Maxwell Lord is one of DC’s most dangerous villains. He’s a telepath and he’s rich. They made a version of that in Wonder Woman 1984, but he wasn’t as menacing as he could’ve been. A future appearance can really fix that. Lord’s son seems to be his Achilles heel, so what if something bad happened to him? I would imagine that he would go on a rampage and use his powers to cause havoc. Maybe he still has some of those powers from the stone and he’s learned how to hone them without touching anyone. And maybe he actually built another fortune and built another business. If he’s in that position, he’s truly a threat to Wonder Woman and she won’t be able to use his son to talk him down.

And as for Barbara, I have a theory that she still has her powers. There’s a chance that she can now transform into Cheetah at will, slowing her age process and allowing her to blend into society. I imagine her wearing a cheetah-skinned coat while casually walking two pet cheetahs around. She probably still has a grudge against Diana and their conflict will keep going. You know what? Maybe her CGI will be more polished the second time around.

Needless to say, the ending of Wonder Woman 1984 left their stories incomplete. I highly believe that Patty Jenkins intends to bring them back and if she does, they’ll be more dangerous. Say what you want about this movie, but I’m still pumped for a third one.