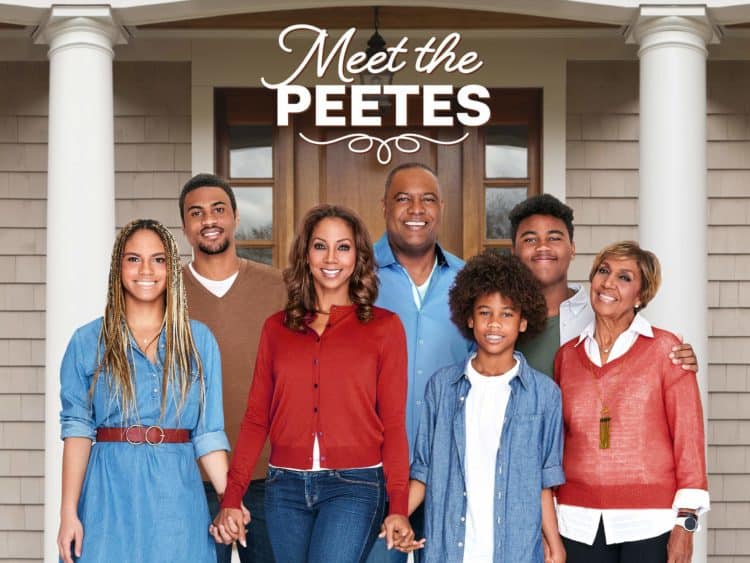 Seriously? Meet the Peete’s? Is Hallmark so hard up for show that they’re going to take on what should be a C-rate show at the very best? If any of you even remember Rodney Peete it would be a miracle since he wasn’t much to talk about in NFL, though that career will probably be talked up immensely when the show comes out. Granted, he made it to the show, he was in the top league, but he didn’t stick around that much with any one team. The best tenure he ever made was with the Detroit Lions for a few years, then the Philadelphia Eagles for a few years and then with the Panthers for a couple. Other than that he was skipping around quite a bit. Really he was more like a player that teams only wanted so long as they could justify his presence.

Maybe that’s what Hallmark is going for. Of course there’s all the excitement of saying that they’re happy to have them on board, that it’s a wonderful opportunity, and all the other media hype schlock. But truthfully this man has almost been forgotten by the NFL and would have been forgotten by nearly everyone else if not for this sudden interest in his life. Why now?

Their lives aren’t that much different from anyone else’s, especially when you factor in that one of their kids is headed off for college and they had to take in Holly’s mom for a while. But now she’s ready to leave and so is their son that works with the Dodgers. So what, is it a show about empty nest syndrome? It’s hard to figure really why some reality shows get made but it’s even harder to understand how some quasi-celebrities hang around this long just milking whatever they can of their former glory until someone finally decides to pick them up and give them another shot at stardom.

My prediction for this show? It’s going to be about the same as any other reality show that comes to television, there are going to be several camps of people that love it, some that hate it, and others that watch it out of what they will call curiosity. The truth of it is that those who do actually watch the Hallmark channel won’t bother with it as much simply because a lot of individuals watch Hallmark for the movies and little else. Especially now with the holidays getting closer and closer people will be anticipating the TV movies that have to do with feeling good and being redemptive for the holidays. Reality shows that linger on the fringes tend to be forgotten unless they, or rather their network, makes a bold move and pushes them on people more than usual.

That can backfire fairly easily though. A network that starts pushing at people to watch something can either make the enticement great enough that people will start tuning in, or so bossy that people will rebel by not watching and studiously ignoring the commercials that are geared towards turning people onto the show.

So overall prediction? It’ll last, but only because it’s a backup. Rodney knows what that’s like.