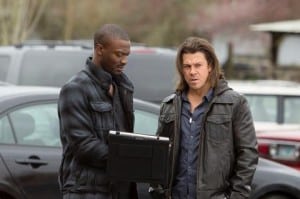 A few weeks ago, Leverage producerÂ Dean Devlin penned an open letter to the fans of the show, telling them that the series’ fate was uncertain. Â They had filmed a season 5 finale that could also serve as the series finale should TNT opt not to renew it.

TNT has officially confirmed that they will not be renewing Leverage for a sixth season. Â Â LeverageÂ will come to a close on Christmas, Tuesday, Dec. 25, at 9 p.m. with “a series finale that stands as one of the show’s best episodes,” TNT says.