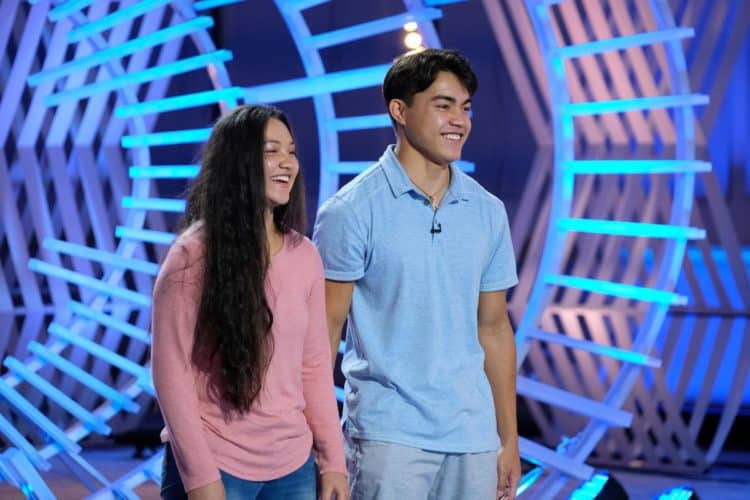 American Idol may seem like a fun and exciting singing competition, but the truth is it can be a very grueling process for the contestants, and not everyone is built for it. During the duet round, Liahona Olayan showed that she may be one of the people who doesn’t have what it takes. While she’s certainly not lacking in the talent department, she showed a lack of mental toughness during her duet performance. Still sulking over her brother being sent home, Liahona’s demeanor was off for the entire song. Katy Perry quickly got her together with some much-needed tough love. Although Liahona has advanced to the next round, she’s going to have some serious making up to do. Keep reading to learn 10 things you didn’t know about Liahona Olayan from American Idol.

During her audition for American Idol, Liahona and her brother shared how their family spent time living in tents in Hawaii because their parents felt it would bring the family close together. While it’s true that the family has lived in Hawaii, it appears that Liahona has also lived in Utah.

For some people, just finding one thing they’re good at is a challenge. Liahona, however, has already found two things she really excels at. On top of singing, she is also a talented athlete and she was a  member of the varsity volleyball team at her high school. It’s unclear if she still plays.

3. She Released Music With Her Brother

Liahona and her brother, Ammon, have been singing together for years and they haven’t just been performing covers for the whole time. The dynamic sibling duo has also worked on music of their own and they’ve already released some singles and an EP.

4. Her Brother Is The One Who Got Her Into Music

When Ammon was sent home from American Idol, Liahona didn’t take it well at all. Not only was it hard for her to see someone she loves and collaborates with frequently be eliminated, but Ammon is also someone she looks up to. He had a very instrumental role in getting her involved with music in the first place.

Liahona’s voice has an undeniably magical quality to it, but that isn’t the only musical skill she has to offer. She is also a very skilled songwriter and writing songs is one of her favorite things to do. With her combination of talent and creativity, there’s no reason why Liahona can’t have a successful career in the music industry.

6. She Is Grateful For All Of Her Supporters

Chasing a big dream can be an isolating experience, so it’s always nice to know there are people who have your back. Luckily for Liahona, she has no shortage of supporters. Even after her little mishap during the duet round, countless people took to social media to show their support for Liahona and encourage her to keep going during the rest of the competition.

7. She Already Has A Big Social Media Following

Liahona currently has over 16,000 followers on Instagram and her account is already verified. It’s unclear exactly how many of those followers she had prior to going on the show, but there’s a very good chance her follower account will increase throughout the competition.

8. She Wants To Inspire Others

A huge part of Liahona’s goal as an artist is to entertain her listeners, but she really wants to use her gift to do much more than that. Liahona hopes that her journey will inspire and empower other people to feel confident that they can go after the things they want in life.

Even before coming on the show, Liahona was working hard to get her name out there. Liahona and Ammon have a shared YouTube channel where they post videos of themselves performing. The channel has a little more than 5,900 subscribers and its videos have gotten more than 185,000 total views.

10. She Plans To Give It Her All For The Rest Of The Competition

After seeing her disposition during the duet performance, there are some people who feel Liahona should have been eliminated to make more space for people who really want to win. However, Katy Perry and the rest of the judges felt that Liahona deserved a second chance to prove herself. Now that she’s been given that chance, Liahona doesn’t plan to waste it. She is committed to doing her very best for the rest of the time she’s on the show.