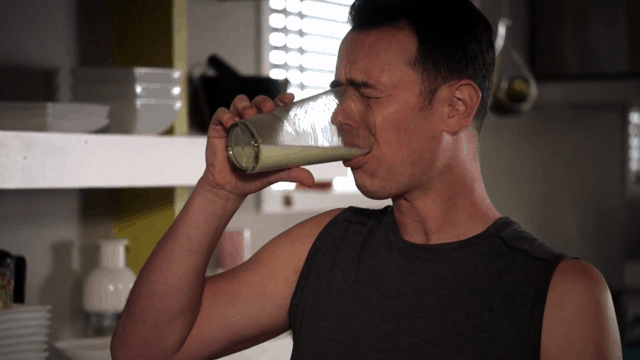 “Party Lobster Gym Sale” marks a MAJOR departure from the typicalÂ Life in PiecesÂ formula from its first dozen episodes; rather than lead off with the ‘Party’ story at the head of its title,Â LiPÂ throws a big curveball in the mix and begins with the ‘Gym’ part of its title, which is not sitting in first or second position, but THIRD. This kind of radical approach to titling episodes, however, isn’t enough to saveÂ Life in PiecesÂ from the middling formula it has honed throughout the fall and winter; if anything, “Party Lobster Gym Sale” provesÂ Life in PiecesÂ really has no interest engaging with anything that can’t be resolved within 30 seconds – which in turn, severely limits the impact its brand of family storytelling can have.

The most obvious place this week’s episode feels limited is in “Sale”, which is rich with opportunities to fill out the backstories of the Short family, which never seem to extend before any of them were extremely successful, wealthy people; often,Â Life in PiecesÂ treats the Short family as if they were conceived in their adult forms on screen, further narrowing what is already a thin plane of observation for the show. There is a little discussion and revelation on what the Short children were into growing up, but that’s treated with about as much nostalgia as Joan has for them – which is none, considering she was ready to dump everything in a yard sale, really only concerned in the end with the profits that came from the lavish, thoroughly unnecessary gifts she’s gotten the family over the years (again,Â Life in PiecesÂ forces its elitist, white-washed idea of family and its priorities on the audience).

“Sale” is hardly the only lacking quadrant of this episode, however: when the hell did Tyler get into a band? It’s moments like those found in “Party” that might be the most disappointing of them all; there’s wonderful bits of color given to the youngest members of the Short family, but once again,Â Life in PiecesÂ is only interested in development as long as it leads to a good punchline in two minutes; and like the many other vignettes we’ve already seen in this series, every shot of “Party” (and the stories around it) are built in service of their ultimate punch line, none of which really come together in any kind of meaningful way in this half hour.

At least Tyler’s new found musical skills provide somethingÂ differentÂ forÂ Life in PiecesÂ to depict: the “young parents/couple” thorough line Greg and Jen have inhabited only grows more tired with each passing week, the charms of its performers barely able to hang onto any sort of meaning in their plots. This episode is particularly sad, with Greg taking part in a “comedic” plot that got old two decades ago; nerdy guy who never works out gets his wallet stripped and his pride destroyed by a local gym that signs him up to a long-term plan he’ll never stick to. We’ve seen/heard/lived this story a million times; andÂ Life in PiecesÂ has absolutely nothing new to add to it, completely wasting its two most well-developed (and performed) characters on a plot I remember most fondly from a Ben Stiller cameo onÂ FriendsÂ years ago.

It seemsÂ Life in PiecesÂ has completely settled into its identity at this point: its thirteenth episode shows exactly no growth from the first, the eleven installments in the middle only occasionally springing forward promising moments, none of which the show ever really tries to build on. On the most straightforward comedy network on television (save forÂ Mom, of course),Â Life in PiecesÂ might be the most tepid, flat line comedy CBS has to offer – and though its a dubious accomplishment, it’s certainlyÂ something, right?

Life in Pieces’ continues its march of mediocrity with another mildly amusing, lifeless episode.